Skip to content
You are here
Home > Your say > Political matters > Men’s violence: the only thing to forgive is the unforgiveable

Fifty-two [52] It’s a small number on a printed page isn’t it?  Two digits, almost insignificant against the daily billions of numbers our modern brains have to deal with – dollars spent fighting terrorism, tons of polluting carbon, et cetera.

Currently, it is a depressingly huge number, representing the number of Australian women who die each year at the hands of their so-called intimate partners – a figure that exceeds the annual casualty rate of our armed forces serving in combat zones.

Put another way, it represents the number of men each year who choose the death of their partner, and/or their children, as a final solution for the failure of their relationships.

Australian policy makers tend to blanket this darkness as ‘domestic violence’, which tidies it up a bit, and kind of puts it in a basket with football violence, or maybe a punch-up in the street.

Now that we are talking more freely about men’s violence, we need to keep it in the open, and call it for what it is. It is about Australian men abusing, and sometimes killing Australian women and children.

There is no doubt that we should be putting more funding into protecting our families. We need to properly resource programs and infrastructure for women and families escaping violence, and work to change malingering negative gender attitudes amongst young people.

However we also need resources for programs to assist thousands of men who wish to change their abusive behaviours, ways of being that are simply not going to go away unless negative established patterns can be modified.

Unfortunately, as for their victims, there are not many programs available, and they all have extensive waiting lists. David Lane, of the Men’s Referral Service in Victoria confirms that they have over 700 men on their waiting list, and Clint Berry of BaptistCare acknowledges that there are similar queues in NSW.

In NSW, services are typically provided by corrections organisations and NGOs, however Relationships Australia is the primary provider in this state, running group programs for about 100 men across five regions. Senior Research Manager for Relationships Australia, Rebecca Gray, confirms that demand is very high, and that they would like to do more.

In fact, there are waiting lists to get on waiting lists, as potential clients must first undergo a detailed risk assessment, a critical part of the process, helping workers to assess the motivation, and likelihood of men continuing to cause harm to their families while in the program.

So what types of programs are available, and what approaches offer the most hope? Certainly, successful programs are not about anger management, and it is widely agreed that men’s violence against women is more about power and control.

Therefore, programs focussed on bringing about behavioural change, particularly through a whole-of-family approach, may offer the best outcomes, and Relationships Australia has conducted a number of recent studies confirming that successful outcomes for the family are not possible without first protecting the partner and the children.

Men typically enter with negative gender attitudes, extremely low self-esteem, issues around ‘mastery’ (the extent to which they feel in control of their lives), and psychological distress – often including post-traumatic disorders, depression, and alcohol or substance abuse. Conditions that mirror the traumas they are already inflicting on their families.

Most programs emphasise the primary importance of supporting and protecting the family, while getting men in groups to challenge their usual behaviours in regard to power and control and change their established beliefs about gender roles.

Using a combination of experiential exercises and discussions, the intent is to develop empathy and mindfulness within the group, getting men to allow ‘the penny to drop’ and take responsibility for their behaviour. It is obviously a very tough gig, and like the victims’ programs, there is an ongoing shortage of trained workers and data to support the work.

Relationship status will change over the course of a program, and sometimes the final outcome may only be that an abused partner feels safe enough to leave the relationship.

This is a positive outcome, but in order for men to stay engaged they need to be shown that more depends on their success than simply ‘getting her back’, which makes ‘fathering’ a permanent and very positive source of motivation.

Ultimately the aim is for the women and children to be safe, and for men to improve their relationship skills regardless of whether the relationship continues.

While doing the inquiry for this article I came across a saying that I have used in the title. I hadn’t heard it before, and it pulled me up short. It still has me thinking.

“The only thing to forgive, is the Unforgivable” 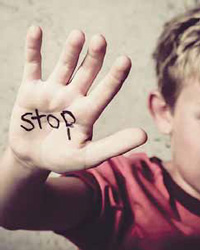 A recent statistic quoted on an ABC panel program on domestic violence in Australia shows how severe the challenge for change is: it is claimed 70,000 men in Australia have AVOs against them. An apprehended violence order is made by a court against a person who makes another person fear for their safety, to protect them from further violence, intimidation or harassment. In NSW, police can in the first instance, on their own judgement, ask for an AVO against someone on behalf of the victim.