Things living inside us manipulate our brains! No, it’s not the plot of a science fiction/horror movie; it’s serious scientific research and the real question is how do they do it??? This month we look at recent research into how parasites and bacteria can affect the psychology and behaviour of their hosts – and be warned, it’s kind of bizarre!

Mice that act like they want to be eaten

Toxoplasmosis is caused by the parasite Toxoplamsa gondii which spends part of its life cycle inside a cat (where it can reproduce) and part inside other animal hosts including mice (where it can live but not reproduce). The parasite is spread through exposure to cat faeces or by eating raw or undercooked meat and vegetables that are contaminated.

Scientists know that an infected mouse acts very un-mouselike: it becomes fearless and even seeks out cats. How does the mouse get hijacked into such behaviour?

New research suggests the answer lies in the parasite’s ability to increase the production of a chemical called GABA. GABA does many different things in the body and brain; in particular, it is known to reduce sensations of fear and anxiety – so, infected mice with high levels of GABA lose their fear of cats! This makes them easy prey and gets the parasite back inside the guts of the cat where it can complete its lifecycle.

Interestingly, disturbances in GABA systems occur in people suffering from depression, anxiety syndrome and other mental illnesses. And, some reports suggest that mental diseases such as these are more common in people that have toxoplasmosis.

These new findings help us understand the complex interactions between this common parasite and its hosts – including humans. However, toxoplasmosis researcher Antonio Barragan from Sweden’s Karolinska Institutet says, “humans have lived with this parasite for many millennia, so today’s carriers of Toxoplasma need not be particularly worried”.

Toxoplasmosis is one of the most common infections in the world; almost half of the human population will get it at some time. In most people, a healthy immune system keeps the parasite from causing any illness; however, pregnant women and people with poor immune systems should take care. For more information on the disease, Better Health Victoria has an informative online article: Toxoplasmosis – reducing the risks.

Healthy humans are naturally hosts to enormous numbers of bacteria: on our skin and inside mouths, noses and guts (just about every opening or fold of our bodies). In fact, the Human Microbiome Project estimates that we contain trillions of microorganisms – outnumbering our own body cells by about 10-to-1! The kind and numbers of bacteria we support depends on various factors like diet, health and environment.

Most of the time we live together happily; indeed some gut bacteria are essential to help us digest foods and absorb nutrients. However, there are a growing number of studies that suggest gut bacteria might play a role in many diseases such as inflammatory bowel disease and thyroid disease, and maybe even certain types of cancer.

Now, researchers in France propose that our gut bacteria actually influence what foods we choose to eat! This is largely based on the observation that bacteria living in our gastro-intestinal tract produce chemicals (including GABA) that affect brain function and, ultimately, behaviour.

Vic Norris and colleagues, writing in the Journal of Bacteriology, point out that eating involves appetite, pleasure and the feeling of satiety (fullness) – sensations that involve brain processes which can be affected by chemicals produced by gut bacteria. And since what we eat in turn influences what gut bacteria we carry, Norris hypothesises that it makes sense for those bacteria to encourage us to eat the things they like. 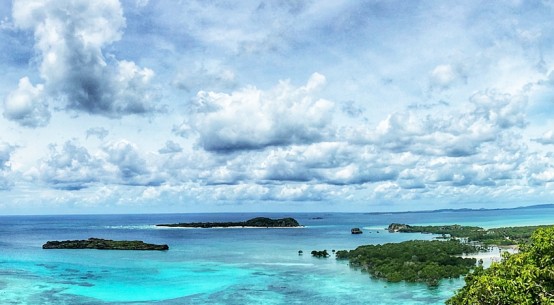