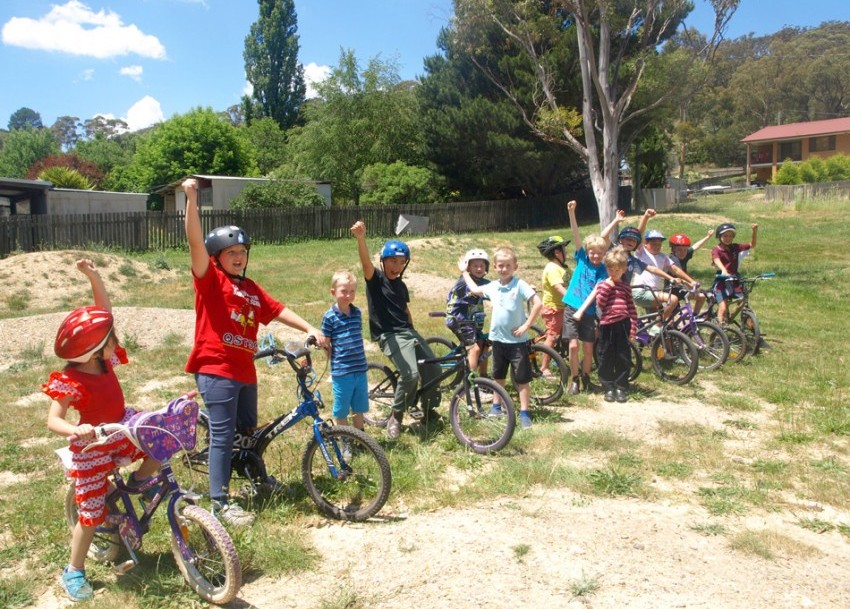 Cycling residents of Captains Flat are excited to hear that they will have a new bike park in the new year.

The Molonglo Rail Trail Committee applied for funding to develop a mountain bike skills and pump track on the existing site next to the health centre. The existing park was poorly designed and constructed and did not enthuse participation. The application included photos of local children imploring for a new bike park.

Funding will be provided through the Queanbeyan-Palerang Regional Council from the NSW Government’s Stronger Communities Fund Program.

Captains Flat will be a key destination for the planned rail trail that will wind its way along the disused rail line to Bungendore through Hoskinstown.

The bike park will include a pump track that consists of multiple rollable jumps and berms and will provide excellent work outs for all comers. The skills park will include low level timber obstacles that mimic features found on mountain bike trails in the region and a few extra such as see saws. Parks such as these are fun and now seen in school grounds and at the track head of many rail trails throughout Australia.

For regional tourism and health

The Molonglo Rail Trail Committee is contributing to the development of a regional tourism plan and sees cycling and cycling tourism having great health and economic benefits for small towns.

The Captains Flat bike path is a first step in developing more participation in cycling in the communities along the planned rail trail and will feature in the track head activities.

The next steps include finalising the budget, working with council for a development application, working with local residents and groups to finalise the plan of features and set up working bees to make it happen.