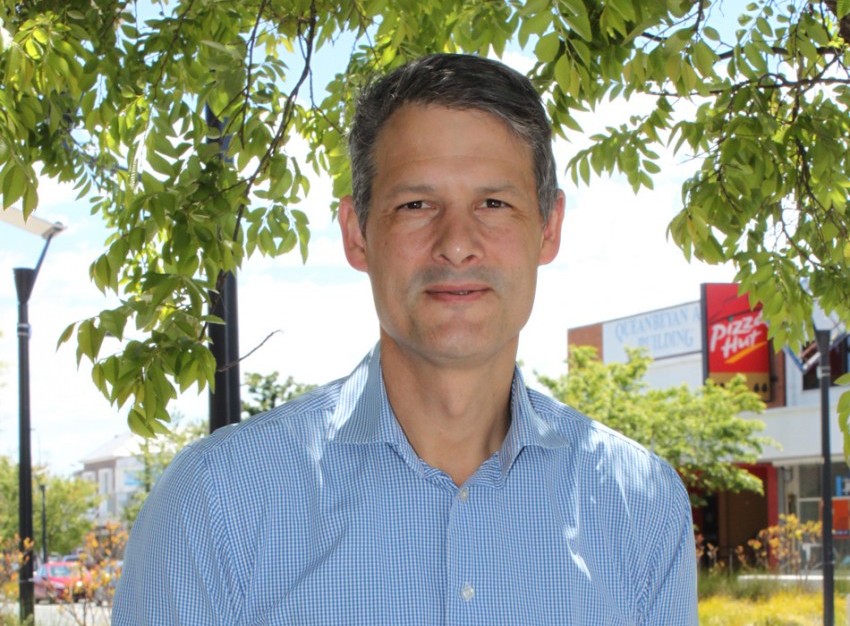 Robin Tennant-Wood talks to Jerrabomberra’s Bryce Wilson who has announced as the Labor candidate for Monaro – about schools, health, transport, amalgamation and keeping faith with the electorate

The next state election is still two and a half years away, but newly preselected Country Labor candidate, Bryce Wilson, has hit the ground running. Over a coffee in Queanbeyan’s 4th Seed café, I spoke to Bryce about his forthcoming marathon campaign.

While acknowledging that the Monaro preselection process is unusually early for the 2019 election, Wilson says that “conversations matter”. His aim is to get out and talk to as many Monaro constituents as possible. “We’re all aware that people are sick of governments not listening. Having a long lead-up to the next election will give me time to listen and have those conversations at local level.”

He also believes that it is important for the opposition to have a voice. He points out that Monaro is much like the federal seat of Eden-Monaro in that it tends to be held by the party in government. Instead of “parachuting in” late, a candidate on the ground during the mid-term of government is an opportunity for Labor’s policies to be clearly heard well in advance of the election.

Wilson is a manager for Reconciliation Australia and father of one, and is passionate about education and schools. He is a former teacher, was an advisor to former Education Minister Peter Garrett, and is currently president of the Jerrabomberra P & C.

The big issues for education, as he sees them, are the unsustainable workloads our principals have to deal with, the urgency of needs-based funding on the Gonski model, and a “huge backlog of maintenance” in schools.

He points to the fact that Jerrabomberra has 14 demountables and not one has been replaced during the current government’s term. As Labor candidate, Wilson is an advocate for government support for (volunteer) parent bodies and the refunding of TAFEs.

When asked about the forced council amalgamations, his quick and direct answer surprised me. Not only does Labor oppose the Baird government’s move, but the Foley opposition has a policy in place for de-amalgamation on the “Queensland model”. A petition of 20% of residents and a suitable business case would see those that have been forced into mergers and amalgamations be reinstated as standalone councils. In regions such as Bombala where the forced amalgamation remains a toxic issue for the government, this policy could be the deal-maker.

Wilson supports federal MP Mike Kelly’s plan for an integrated transport strategy for Queanbeyan. He is critical of the fact that the EDE has been approved by a council that has not been democratically elected and points to Cooma Rd as being in urgent need of an upgrade. He believes it is unsafe as it is, with no shoulder, no space to allow safety for cyclists, and inadequate for the amount of traffic it carries.

“People who live in Googong and work in Canberra need a way to get over to the Monaro Highway. The EDE will not fix this problem and there is no plan in place to address it.”

Public health is another key issue on which he will be highlighting the difference between Labor and current government policies. Paramedics are dissatisfied with government policy of cutting their insurances and lowering standards within the service. Wilson also raised the point about privatisation of public hospitals, an issue that is currently very hot in the Cooma region.

Wilson is well aware that he is running against a high profile sitting member, but points out that while “John (Barilaro) is now in Cabinet, his representation at local level is lacking. He told people he was opposed to the forced council amalgamations, but he voted for it in parliament. He needs to come clean with people about where he stands”.

As well as giving the Foley Labor opposition a voice at grassroots level, the long election campaign will serve to increase Bryce Wilson’s recognition as the alternative member for a seat that may prove crucial to the outcome of the election.