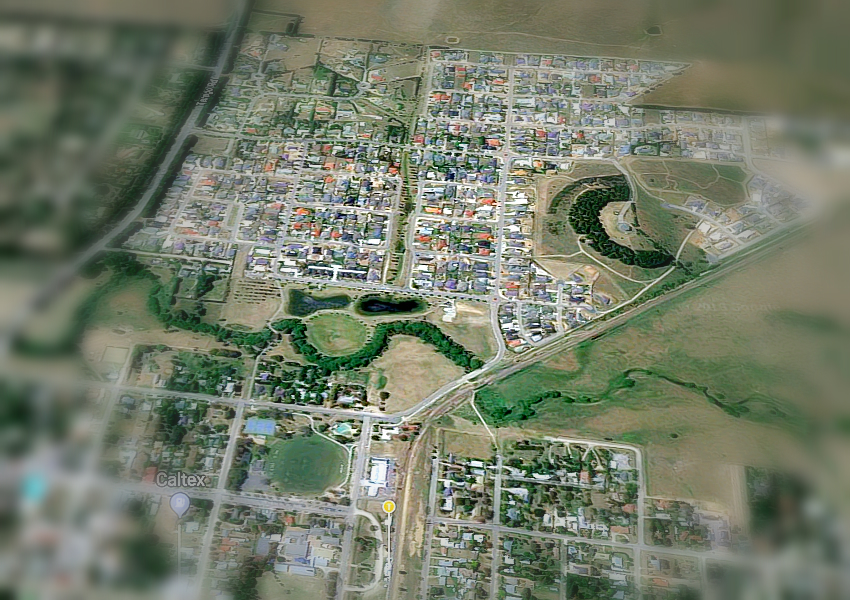 PROPOSED GREENFIELDS developments in Bungendore have been on hold until more water is found to service them. The present water allocation from the alluvial aquifer is only adequate for the existing town.

Any completion of permitted Bungendore urban infill would exhaust the presently available water supply. More water is needed for the immediately proposed 900 or so houses to go ahead on the northern and eastern outskirts. Further north of Bungendore again, there is more land belonging to developers waiting in the wings.

Council has been exploring beyond the alluvial aquifer since 2016, deeper and further into the so called ‘fractured rock’.

And it appears they have struck water.

In answer to some written questions, Council spokesperson Michael Goiser said: “The two prospective fractured rock production bores are located close to the township. The first is located within the confines of Jim Gray Park at Elmslea. The second is located on private property, east of Bungendore, in the area of Turallo Creek.

“The combined production capacity of these bores indicates that a sustainable yield of around 700ML/annum may be possible.

“At present Council has a combined annual allocation of 472ML per year under licences held with NSW Crown Lands Water who regulate groundwater allocations. Annual usage for the town of Bungendore is currently running at about 300ML per year.”

Hydroilex provided a pessimistic outlook for the sustainability of the aquifer when they undertook water exploration/studies back in 2005. The company was instrumental in the recent water exploration, which Council said differs from the previous study, in that “the works conducted in 2005, and earlier, were associated with the alluvial systems. The aim was to better understand earlier estimates of recharge rates and to set the foundation of the annual monitoring program. The works conducted in 2016 were targeted at the fractured rock system and were not related”.

Presumably this translates to water level fluctuation being used for recharge estimation. Or, possibly, it hints that this water has not yet been completely proven to be replenishable. Council has however, already stated its belief that it is sustainable.

Water quality is another issue. Council did not say if a new treatment plant would be needed. But “as with all water supplies, the water will require treatment. The water has higher levels of dissolved iron and manganese than the alluvial sources, but should be able to be readily treated.

Council also noted that all works to date have been funded from section 64 developer contributions held in reserve by Council.  (Section 64 contributions are the water and sewer charges imposed on developers.)