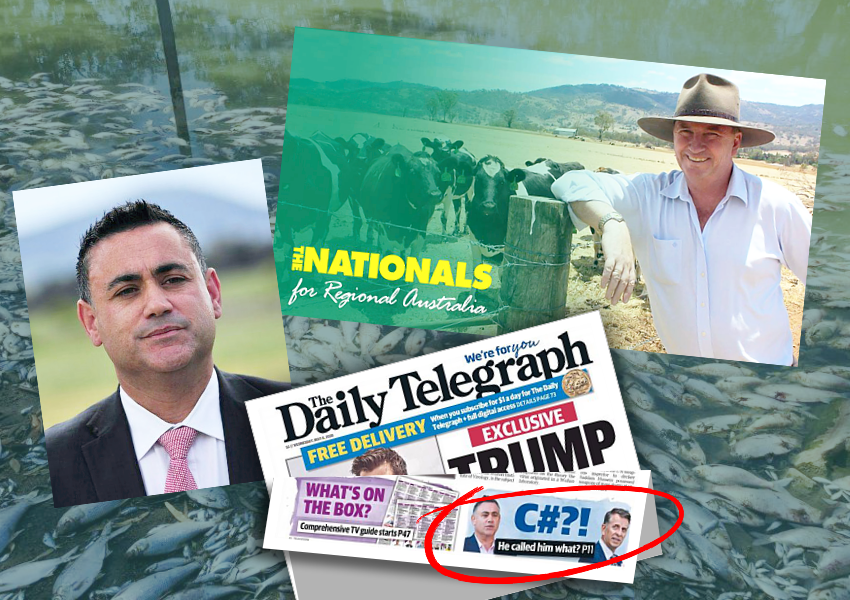 IT IS NOT a secret that there is no love lost between editorial at The District Bulletin and the Member for Monaro, who publicly attacked editor Maria Taylor for neglecting to grab a photo opportunity when he showed up for a community event. That was symptomatic. 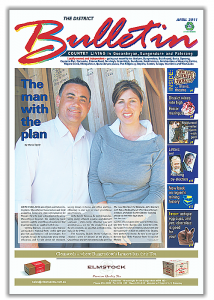 Over the years since John Barilaro rose from Queanbeyan councillor (we devoted a friendly cover story to his political journey at the time) a pattern became clear. The fatal attraction to aggressively claim centre stage, which some Nationals applaud as “leadership”, wedded to a pork-baril campaigning style with public monies, and, most important, a dreadful record of promoting ecological destruction — to be fair a function of heading the National Party and applying its policies to land management.

These qualities came into sharp relief as the Member for Monaro threw his hat into the ring for the federal Seat of Eden-Monaro, vacated by Labor’s Mike Kelly for health reasons.

Showing awesomely poor judgement (other commentators have called the drama variously “mad” and “stupid”), Barilaro in early May reportedly attacked both the federal Nationals leader Michael McCormack and then his ‘good friend’ Liberal Andrew Constance in regard to who should run for the seat and “create history”.

According to a leaked message, he wrote to McCormack:

“The Nats had a chance to create history, to change momentum, and you had a candidate that was prepared to risk everything to make it happen.

“To feel threatened by me clearly shows you have failed your team and failed as a leader. You will never be acknowledged by me as our leader. You aren’t. You never will be” the message said, according to a number of media reports.

The shock decision by Transport Minister Andrew Constance not to attempt the Liberal candidacy for Eden-Monaro one day after announcing his run, referred to Barilaro (and other colleagues) “white-anting” him. Constance told TV reporters in his Bega electorate that a cover story in the Telegraph featured the Member for Monaro referred to him using the ‘C’ word. (Incidentally, we are not enthused by males, including politicians, using a slang term for female genitalia as a prime indicator of disrespect.)

Popular Fairfax columnist Peter FitzSimons completed the story in a piece where he wondered aloud whether the Deputy Premier had lost his marbles.

“Then Barilaro lets on that he had done his thinking about his own position at his luxury holiday home, two hours from his usual residence — after bitterly criticising former cabinet colleague Don Harwin for infamously doing much the same, thus breaching the lockdown laws. While police decided Barilaro’s trip did not breach coronavirus restrictions, it wasn’t a good look. And if all that is not enough, he finishes the week being endorsed by none other than Barnaby Joyce, saying this is just the kind of man the Nats need in Canberra.”

Having pondered his situation, Barilaro announced he would not run after all. Did internal polling indicate that despite politics in his own mind, he would not sail through to the federal arena and grab the federal Nationals leadership along the way? Reality check: in the last federal election the Nationals in Eden-Monaro with 6.9% of the vote came in fourth behind the Greens. The federal Liberals in 2020 were unlikely to roll over for the Nationals as the state party did in 2019 — when no Liberal ran in Monaro, thus giving Barilaro a healthy ‘Coalition’ two party vote.

Fielding this free kick in NSW Coalition politics, the Opposition Labor Party was happy to score with a free character analysis. NSW Labor Manager of Opposition Business Ryan Park said: “What we saw over the past few days was nothing less than an appalling dereliction of duty by John Barilaro and Andrew Constance who put their own jobs ahead of the jobs of millions of people across NSW … as the state is in the midst of a global pandemic.”

The natural environment of NSW and the voters of Monaro, many of whom are still struggling post bushfires, now have the dubious pleasure of this particular Nationals leadership with its hands on the levers of land management portfolios continuing. Or maybe not. As we prepared to post this story, news came in from Sydney media about National Party internal moves to “oust” Minister Barilaro following this week of political drama. 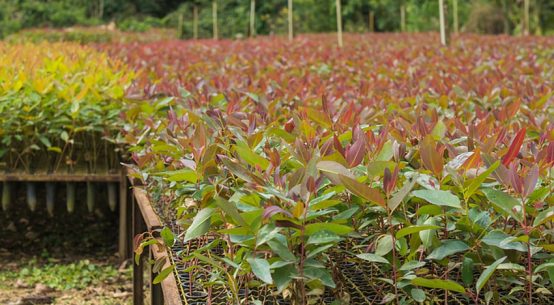