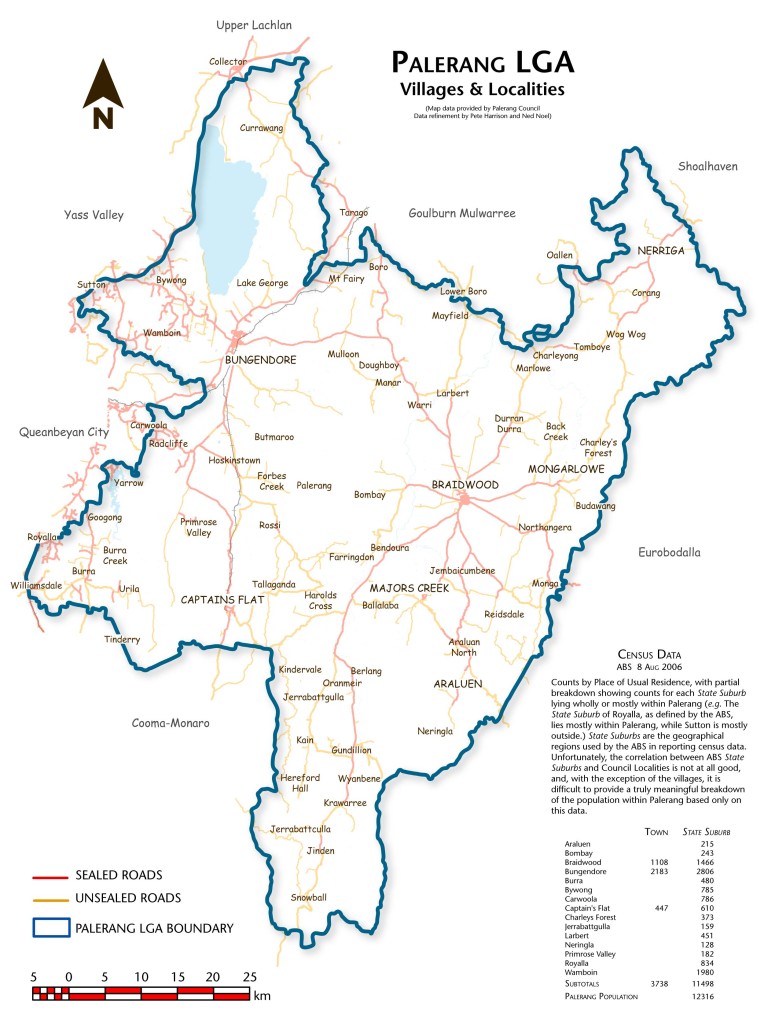 Next step transition committee with Queanbeyan?

(In the October issue of the Bulletin we asked whether a Special Rate Variation was on the cards for Palerang to improve its financials, proving to the state of NSW that Palerang was ‘Fit for the Future’ to go it alone without amalgamation. No community consultation has taken place in either jurisdiction but Queanbeyan Council appears more favourable to the idea of a merger, while the notion that residents do not want to merge has been the general assumption of various Palerang councillors.)

Meanwhile, events have overtaken the talk about raising rates (immediately) and a serious look at a merger is on the horizon, as Belinda Hogarth-Boyd explains.

(Hogarth –Boyd is a Palerang Councillor and Deputy Mayor)

In November 2013 Palerang Council resolved to include a Special Rate Variation (SRV) in the 2014/15 Operational Plan. This resolution was to address the financial sustainability of Palerang and would have involved a community consultation process to consider a rate increase.

‘Fit For the Future’ was a key talking point at the Local Government NSW (LG NSW) Conference held in late October. The conference was marked by an address by the NSW Premier Mike Baird and the Minister for Local Government Paul Toole on this subject.

The respective ministers outlined that councils are required to be ‘fit’ as determined by a range of financial metrics relating to financial sustainability, infrastructure backlog, and efficiency. The conference provided a forum for further details on the state government reforms – questions on recommended mergers forming much of the discussion.

Queanbeyan’s FSR was later reviewed and revised to a moderate FSR. As such, Palerang Council and Queanbeyan City Council were considered ‘unfit’ and a merger was recommended. Palerang also lodged a request for a review, but this was declined.

Support arrangements on offer include: $5 million for two merging councils, facilitators to assist in discussions, and technical assistance. The implication is that councils that choose another path will be left to do so without access to any additional resources.

The next step is for each council to prepare a submission on how they intend to become ‘Fit for the Future’. In the case of councils flagged for mergers this will likely involve examining the finances of each council, undertaking financial modelling, and considering a structure for the new entity. If this model offers an improvement over the existing structure, the expectation is that it will be embraced. Submissions are due June 2015.

Community involvement in the process is paramount to ensure that the outcome will meet your aspirations. To this end I encourage members of the community to review the material as it is presented and contribute to the process as opportunities arise. Information can be found on the ‘Fit For the Future’ website.

One thought on “NSW recommends Palerang and Queanbeyan merge”