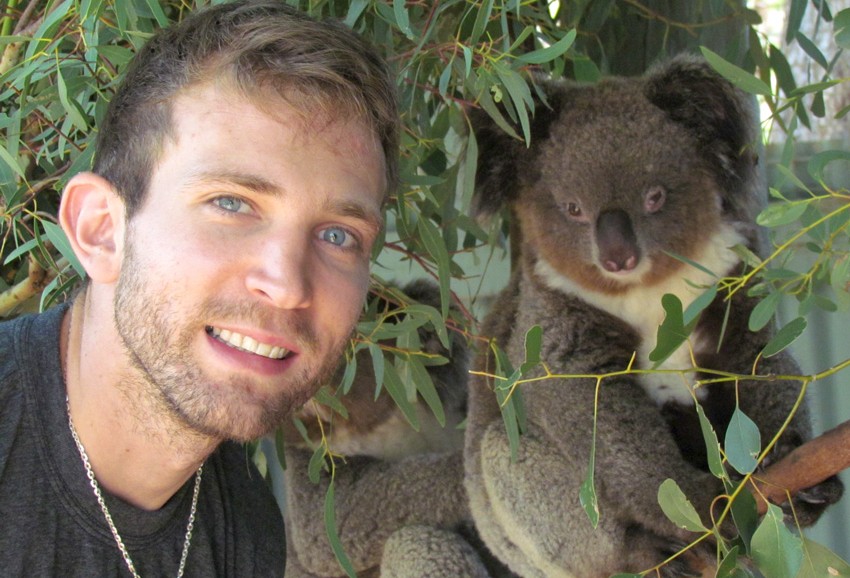 Callum Golding travelled to Gunnedah to meet koalas and learn about the habitat destruction in the Leard and Pilliga for coal and coal seam gas projects.

Why do we see our environment as something so separate from us? The cut off and isolated ego, motivated by self-gain is a prevailing myth mistaken for the good life. A recent expedition up to the Leard State Forrest confirmed what most current value systems amount to, perpetual growth at all costs.

Our first night was spent in a motel in Gunnedah, a small town three hours north-east of Dubbo, calling itself ‘The koala capital of the world’. Ironically, one finds it is difficult to foresee that title remaining once the local coal expansion is complete.

After a hot nine hour drive from Canberra we were pleasantly surprised to discover the advertised swimming pool was not only open, but full of water. Soon after the refreshing dip, the motel manager was not shy in telling us that the local consensus was Whitehaven Coal was good news. “That (she said) you will find, is the view around here!”

Even though in full agreement that climate change was a very concerning issue, she seemed settled on the fact that nothing was likely to change “well, over the next 20 years at least”, and that jobs were the most important factor. So they had all been promised in Gunnedah.

Now, with the recent commitment by Australia at the Paris summit to rapidly reduce its CO2 emissions, it seems astounding that they would allow a conglomerate like Whitehaven to export, ‘business as usual’.

Whitehaven, which is suffering from a significant reduction in share price, will continue to haul 13 million tons of coal per annum directly to Newcastle port, and out the back door to the Asian market.

Corporate will to profit over everything

The scientific consensus of our being on the precipice of environmental suicide is still ignored in this country and the persistent ignorance of politicians to sign off on ‘pollution projects’ continues.

The energy trapped by man-made global warming pollution is now equivalent to exploding 400,000 Hiroshima atomic bombs, per day, 365 days a year (Read story in Climate Progress). And perhaps the fact that we can’t see or hear those bombs going off is one reason we have taken so long to respond. However, mankind’s consciousness is noticing the train wreck we are about to become, and without further ado, a social conscience and urgency to protect our earth, is now on the rise.

Two significant moments from this trip firmly stand out. One was the night we stayed in Breeza, a small locality 43 kilometress from Gunnedah with a population of 133 people. The camping site was directly next to the Maules Creek mine train line, heading through the Liverpool plains and destined for Newcastle.

This was what I came to label as the ‘doomsday’ train. It had over 80 carriages emphatically chugging past our tent, on the hour, every hour. The next cold shudder came when we stayed at an old abandoned farm 5 kilometres west of the Maule’s Creek mine.

As we sat and discussed with the crew of ‘Frontline action on coal’ what had sparked this love of nature, we could see and hear in the near distance an incandescent pulsation the size of a small village, throbbing and whirring away, making it loud and clear that greed never sleeps.

Over the last few years hundreds of people have come to these troubled lands, many willing to peacefully lock on their bodies to equipment with the consequence of arrest. Demanding nothing less than responsible action. This is not just a bunch of tree-hugging hippies, this is an engagement by everyone with even a minor commitment to protecting sacred land, wildlife and the future of our environment.

This is local aboriginal Goomeroi land, it is Brumbies rugby star David Pocock’s land, it is philosophers, knitting nannies, country singers, farmers, students, scientists and Tom, Dick and Harry’s land. This earth is a shared responsibility, and as a community of human beings, we must listen to our conscience and act on that. What can ‘little old me’ do one asks? The answer to that is invariably more than one imagines.

“The atmosphere is an open sewer of over 110 million tons of heat-trapping global warming pollution, every 24 hours.” Al Gore 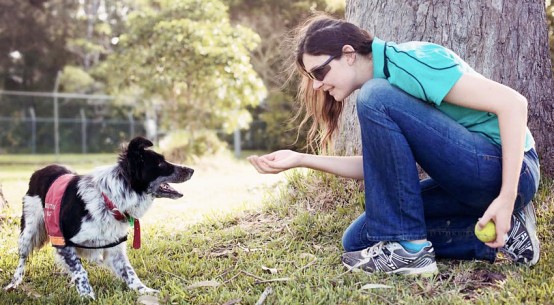 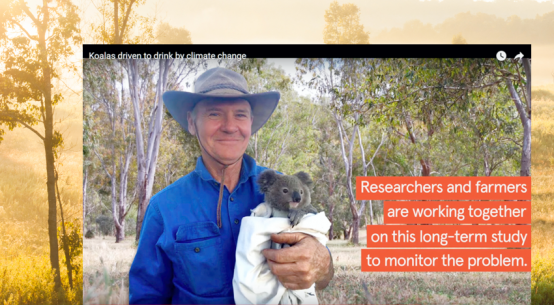