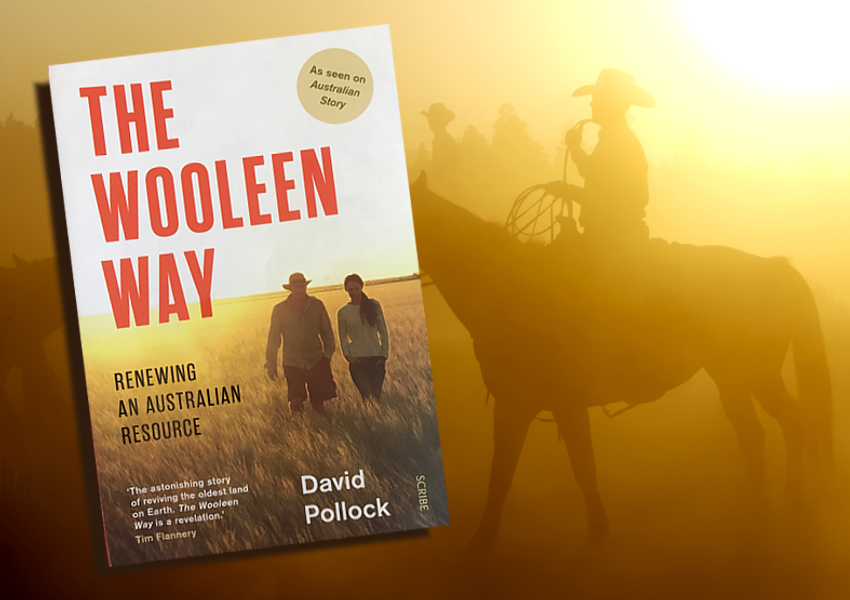 DAVID POLLARD, PASTORALIST and author of The Wooleen Way has joined a growing number of regenerative farmers including the Monaro’s Charles Massy (Call of the Reed Warbler) showing the way toward a different compact with the nature of Australia.

They say it is high time if farming and grazing in this country are to survive. Two hundred years of inappropriate mining the soil and water and removing the native flora/fauna have threatened increasing desertification of this old continent.

David’s book about his personal journey to revive his land was published by Scribe and has just been released. Susan Cruttenden met him when he appeared as guest speaker at the conference The Dingo Dilemma in September and filed this report and short book review.

His view about Australia’s native dog, the dingo, is that it should be protected as an apex predator to keep in check the numbers of goats, pigs, feral dogs, rabbits, foxes and cats, sometimes kangaroos, in the natural environment.

The understanding comes from personal, hard-won experience restoring 153,000 hectares at Wooleen in the Murchison region of WA. It is part of his great concern that the land, our most precious natural resource, is being degraded beyond repair.

His passionate belief that such land destruction should matter and be the responsibility of us all, especially in time of rapid climate change and drought led him to suffer personal hardship as the inheritor of a run-down cattle station. It was the incentive for him to write a book, which has as its sub-title: ‘Renewing an Australian Resource’.

The story of a country life and the influences that led him to these conclusions are told in a friendly, laconic style free of scientific jargon, although he is clearly an expert on ecology, botany, farm management, the history of white settlement, and government bureaucracy.

He is scornful of the way policy and name changes are made with every change in government while the supervision and execution of these policies remains inadequate.

The beginning of his romance to fellow nature enthusiast is recorded in his diary as “Francis planted flowers all day in buckets — they look very nice — (Like Francis).” The shyness he felt finally proposing marriage and the jolly four-day wedding for 160 guests that followed is apparent in his description:

“And what a party it was. We had cleared a patch of centimetre-high grass near some beautiful old gumtrees at the edge of the Woollen lake. We had also planned the wedding to coincide with a full moon and the temperature was perfect.”

Hardly Mills and Boon, but along with descriptions of isolation, boarding school, hard work, and country life, enough to make this a very relatable, as well as a thought-provoking book.

David’s recommendations for restoring soil fertility are made in detail. Such restoration work will depend on government accepting that we are all dependant on the earth and nature to sustain us.

He points out that millions of dollars are being spent on mine rehabilitation to make the area look good, but only a fraction of that money is allocated to effective restoration of vast areas of overstocked landscape. He is also very respectful of Aboriginal methods of land management.

It’s not just the Wooleen Way that is under threat without further consideration and funding, it’s our whole way of life.

Is this what we want for our sunburnt country? This book will make you think.