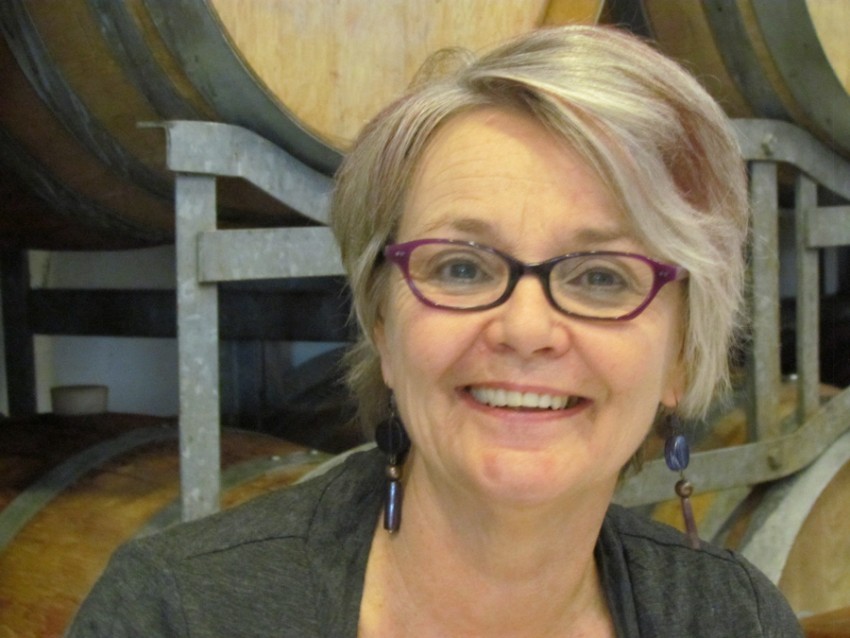 Neuroscientist Jan Provis talks to Christine M Knight about her country background that began a journey to being an international expert on eye health and macular degeneration with exciting new findings – reflecting that modern girls can do anything!

Broken Hill born and raised, Jan Provis, renowned Australian neuroscientist and now Bywong resident, has led a life less ordinary.  Like most people from The Hill, she has a mining ‘heritage’ dating back to her grandfather.

Today she is Professor of Anatomy at the ANU, Associate Dean in the ANU Medical School, research Group Leader in the John Curtin School, and a member of the ANU Council to name just a few of her roles.

As Chair of the Early Career Academics program at ANU, Jan’s mission is to ensure that young academics from diverse backgrounds get relevant mentoring. Her goal is to foster their professions in science as they move through study and into careers in their chosen fields. Jan’s personal experience of being mentored by Professor Charles RR Watson, her neuroanatomy supervisor when she was at the University of NSW, was a significant inspiration leading to her own work in this program.

As a child Jan roamed widely, exploring the natural world around her. The question “Why is it so?” underpinned her investigations. Later, her enquiring mind focused on “How does it work?” and “Does it have to be so?”

Educated by the Mercy Sisters in Broken Hill, Jan’s fascination with the way of all things was strongly encouraged. She says her life’s path was shaped by the Jesuit philosophy that high quality education is the best path to meaningful lives of leadership and service.

Jan was supported in her educational and career aspirations by her grandmother, mother, and father. She was the first woman in her family to remain in school after the age of fourteen and progress to university.

Her first qualification was Bachelor of Science Honours Class 1. She explained that her project was one of many undertaken at the time where scientists sought to understand “the streams of information going into and out of the brain, how they are processed, and to understand how the brain regulates behaviour.”

“We’ve come a long way in understanding the brain in the past 30 years. When I undertook my first project, there were only a couple of tools available to scientists for investigation of the brain. Nowadays, we have many, many more tools, including live brain imaging.”

As we chatted about her work, I felt the passion and the excitement of scientific discovery that had made time and tiredness irrelevant for her.

Her studies suggest that the specialisations of the human retina for high acuity vision are established during foetal life, and make it vulnerable to age-related degenerations in later life.

Jan’s body of work provides a broad perspective on how the macular / foveal part of the primate retina has evolved, how it develops, the molecular factors involved, the functional constraints, and why the macula is vulnerable to degeneration. Discover more about Professor Jan Provis.

Jan is the opposite of the TV stereotype of a scientist. She has diverse interests and is now a doting grandmother. Impressively, she taught herself to be a bass guitar player in the style of Susie Quatro, playing and singing with her husband Philip Penfold and several other accomplished women in the local group Polk.  Yet for all her success and skills, she remains very grounded and unassuming.

We talked about the fact that behind many successful women who entered professional careers after the 1950s are earlier generations of strong, independent-minded women who actively worked for daughters to break free from the gender-determined constraints that limited women.

Jan and I shared memories of mothers and other female relatives who had been forced to leave work because they had married. During World War II and into the 1950s, it had become acceptable for single women to work as long as men were not denied work as a result of female employment but marriage usually meant getting out of the workforce.

Many readers will know someone whose quality of life has been compromised by aged related macular degeneration (AMD) so I asked with interest if it was inevitable. I was relieved to learn that scientific advances mean the progress of AMD can be delayed significantly and that early intervention has significant benefits. The frontiers are being pushed back all the time by inspirational people like Professor Jan Provis who make the world a better place.