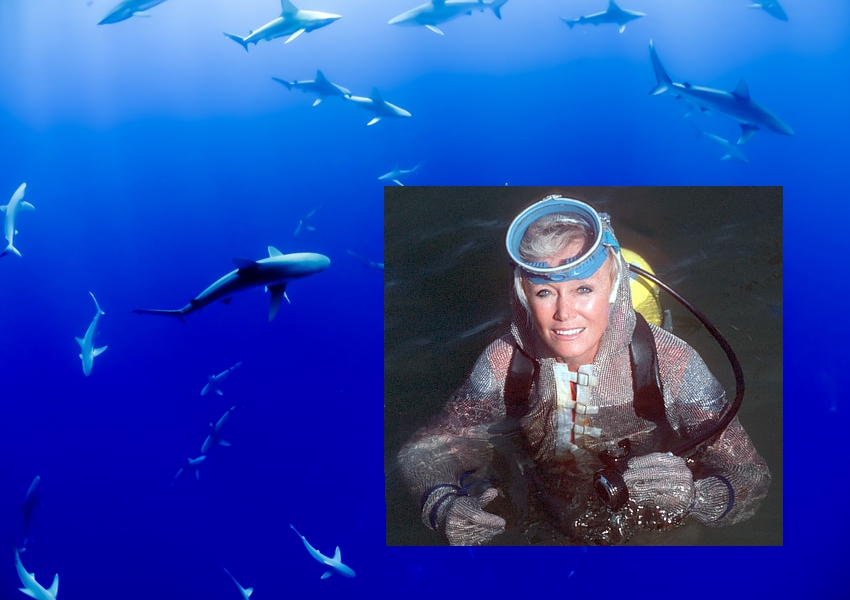 VALERIE TAYLOR ISN’T your average 86-year-old. Instead of living out a quiet retirement, she’s putting on a hot-pink wetsuit and petting sharks.

“I’ve known some pretty good tiger sharks. I know a guy who’s got a giant female [tiger shark] as a pet in the ocean. She rushes over when he goes into the water. He strokes her, I’ve stroked her. Her name’s Emma. She’s a darling. You couldn’t possibly hurt Emma, she’s too sweet.”

The spearfishing champion turned conservationist has spent much of her life challenging the public’s fear of sharks.

“In a year, more people die just driving to the beach or getting bitten by dogs [than being killed by sharks]. More people drown — by a long way.

“That’s all considered to be part of life. [But with sharks] it becomes a different thing, it’s the big monster that nobody can see in the deep, dark, evil depths.

In some ways, her decades of advocacy has been about undoing the damage wrought by Jaws, the movie that did more than anything else to spread the fear of the monster in the dark, evil depths. And it’s a film Taylor had a hand in creating.