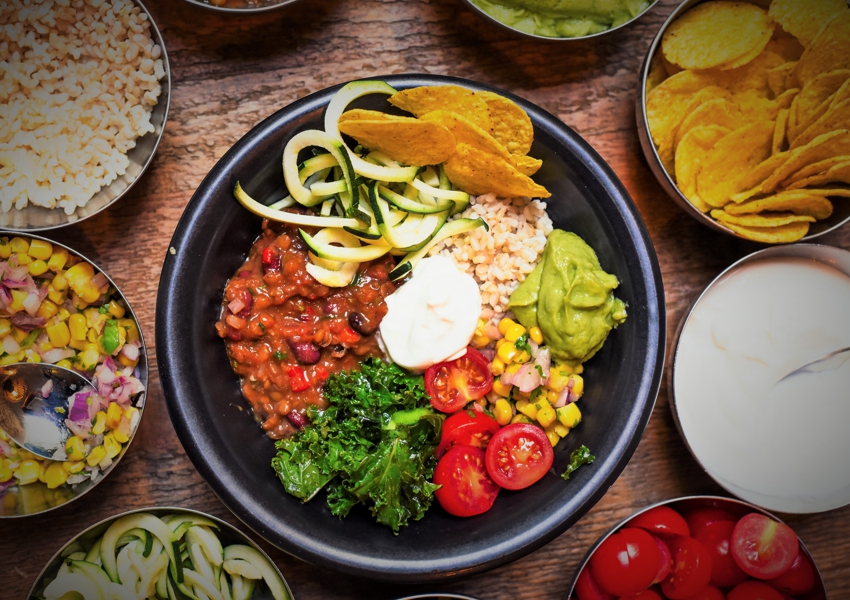 NOT SO LONG ago, I was invited to sit in on a webinar discussion by professionals on nutrition and plant-based health. A top theme was how to get the word out that turning away from meat consumption is a win-win for the planet and for us personally.  I believe my invitation was based on my communications analysis of three decades of Australian cultural history, marked by avoiding actions to mitigate or even adapt to climate change — as the science showed we needed to do.

Doctors for Nutrition, the group that hosted the webinar, gave this warning with their summary report: “The realities from the Intergovernmental Panel on Climate Change (IPCC) 2021 report highlight, yet again, we are at code red for humanity. This decade is our last chance to turn around our food system.”

Eating wisely both for the self and the planet appears as beset by tradition and opinions as action to stem the pollution of the Earth’s atmosphere with fossil fuel emissions and other heat-holding ‘greenhouse’ gases: A situation that now threatens our civilisations’ well-being, and indeed survival.

The European meat and potatoes diet — often consumed in a haze of alcohol — is a tradition still followed by many without question — mum and dad did it, grandparents did and so on — despite health research showing disease risks linked to steady red meat, (that includes pork/bacon) and most processed meat intake. Other research highlights the parallel risks of high alcohol consumption (cancer, heart disease).

Motivating many people to a plant-based diet are the considerable animal suffering and environmental impacts of today’s industrial-scale meat (and fish) production for human consumption. Caged hens, caged mother pigs, the life of dairy cow mothers and their annual babies, industrial fishing, are top pinups.

There’s the environmental costs of raising sheep and cattle for wool and meat on Australia’s distinctive native country, a transformation that started with colonisation. European-style pastoralism and cropping demanded clearing away what was native — starting with the people and their traditional knowledge.

Banished also were trees and other native vegetation (habitat) and the native animals, particularly anything that ate grass. The striving for a European landscape continues and has cost the lives of many millions of native animals. That’s colonisation impact on just one continent.

Today, profit-seeking businesses are tearing down the Amazon rainforest to plant soybeans to feed cattle in a meat-hungry world — hastening climate change. The Amazon has dried and is burning at an alarming rate.

Destroying remaining forests in human bids for economic gain, as we do in Australia to plant more profitable crops, perversely destroys vital tools offered by the CO2-uptake of forests. Despite our dominant cultural narratives, it’s not ‘all about the economy, stupid’.

Fortunately, humans can digest soybeans, not requiring
passage through a cow first.

From the webinar I learned that “malnutrition”’, i.e. a poor diet, kills more people than does tobacco, and that Australia is right up there with high per capita risky eating/drinking habits as well as stubborn dedication to producing greenhouse gases. It was said that the human race, which has figured out space travel, technically could feed a planet with a vegan, not just vegetarian, diet — doing without any animal products.

While some might consider that idea wackier than believing there is intelligent life in the solar system, exploring a shift to a more plant-based diet, short of vegan by all means, is a win-win worth considering.

In July an article in the Guardian Weekly encouraged ideas to “help fight the climate crisis in your kitchen”.  And be healthier into the bargain.

That can start with buying locally-grown vegetables, fruits and eggs and related food products. Besides being fresh and more nutritious, locally/regionally-grown uses the shortest supply chain — shipping around the country — thereby cutting down on petrol and diesel emissions. With COVID-lockdown the capital region’s generous regional fruit and vegetable markets are harder to access, but the merits are clear.

Add pulses to your diet — lentils, beans, chickpeas, soybeans (tofu) for the protein previously gained from meat. Many of us have maintained a wary relationship with pulses, not so common in traditional European diets.  How to prepare them was a mystery to me beyond the belief that a lot of boiling was good to make them more digestible.

The good news is that in multi-cultural Australia the south-east Asian and middle-Eastern cuisines we love offer easily accessible recipes that focus on ways to turn pulses into delicious meals. Not so long ago I tackled a dal, a tasty lentil sauce eaten either alone with rice or as a side dish, Indian culinary heritage. Various versions exist in cookbooks. Improvising with spices made it mine, in my kitchen. (What better time to experiment and create than during a lockdown for another human-induced catastrophe).

The Guardian article also reminded us of the nutritional value of cooking and eating oats particularly if grown sustainably, and remind us of the many ‘superfood’ benefits of seaweed (easy to google) as seaweed and its production should be encouraged to absorb carbon dioxide.

What if we can’t quite kick the meat habit? An approach compatible with lessening global warming is support for pastoralists who practice regenerative agriculture. This means moving away from added chemical fertilisers brought often from overseas and the heavy ploughing and other machine-intensive methods (think diesel-use).

Regenerative graziers restore natural systems starting with soil and water. They respect and plant trees, and restore habitat and ecosystems along the way. Eventually they save a lot of money, avoiding the standard inputs. Intensive stocking whether of sheep, pigs, caged chickens or feedlot cattle is not compatible. Free-range and organic can be.

Many of us learned from our parents or grandparents (who went through a war and suffered unimaginable shortages) the values of rejecting throwaway consumerism. Those principles hold for today’s climate-friendly kitchen as well. Food waste after production costs, according to the Guardian reporter, contributes 8% to global greenhouse gas emissions.

RELATED: Why is life on Earth still taking second place to fossil fuel companies? The gap between knowing and doing
By George Monbiot, The Guardian