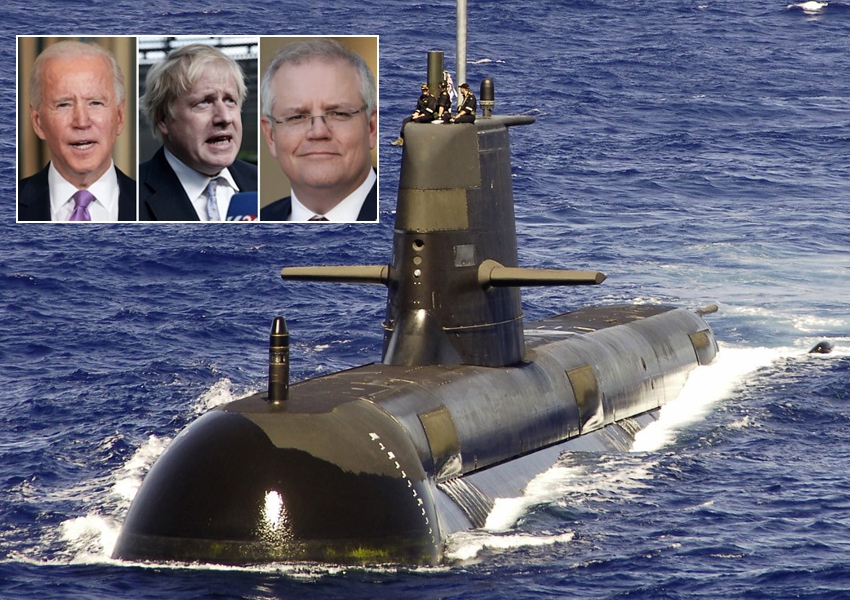 PRIME MINISTER Scott Morrison has announced a landmark distraction that will help secure the lead stories of the nation’s media for at least the next five days.

A joint initiative with the US and Britain, who will also benefit from the distraction, the program will act as a first line of defence against stories about institutionalised corruption, allegations of rape, a disastrous vaccination program and a failing economy.

Speaking to media this morning, Mr Morrison said the announcement will bolster the government’s defences against unwanted attacks. “What this new deal means is that for the next 48 hours at least, we will push back those stories who wish to do us harm”.

He said the trilateral agreement showed the strength of Australia’s relationship with Britain and the US. “We have always seen the world through a common lens. All three leaders know that, when you’re under attack domestically, the best thing to do is announce a multi billion dollar military contract, preferably with ready-made pictures of artillery”.