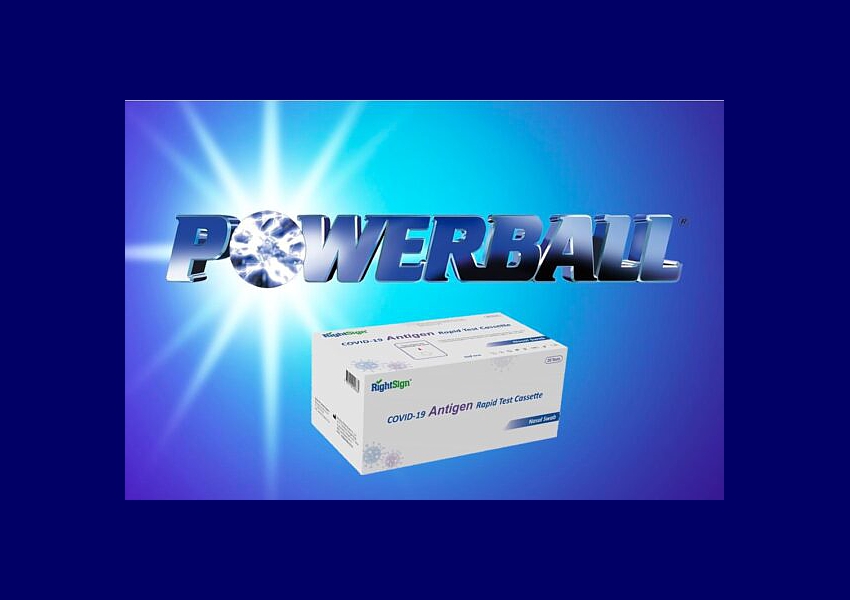 ONE LUCKY AUSTRALIAN could walk away with enough rapid antigen tests for a family of four, after Powerball jackpotted to two double packs of RightSign self-administered rapid nasal tests. It is the most sought after prize in the history of Powerball.

Powerball spokesperson Henrietta White said there had been a huge surge in interest in tonight’s draw, with thousands of Australians rushing to buy last-minute tickets. “I haven’t seen anything like it. Last year’s $107 million jackpot was pretty huge, but this is definitely bigger. It’s a money-can’t buy prize for sure,” she said.

White said one of the best parts of her job was calling people to tell them they’d won. “I can’t wait to pick up the phone and say, ‘You’ll never have to visit 50 different Chemist Warehouses in the one day asking if they’ve got any RATs left. At least not for the next day or so’. It’s going to be pretty emotional, that’s for sure”.

Regular Powerball player Beth Winter says she couldn’t even imagine what it would be like to win the RATs. “The idea of not having to wait in a queue for six hours is hard to fathom,” she said. Winter says if she wins she might have one for herself and keep the other three to pass on to her grandchildren.