Skip to content
You are here
Home > Region > Your governments at work: habitat clearing; carbon credits 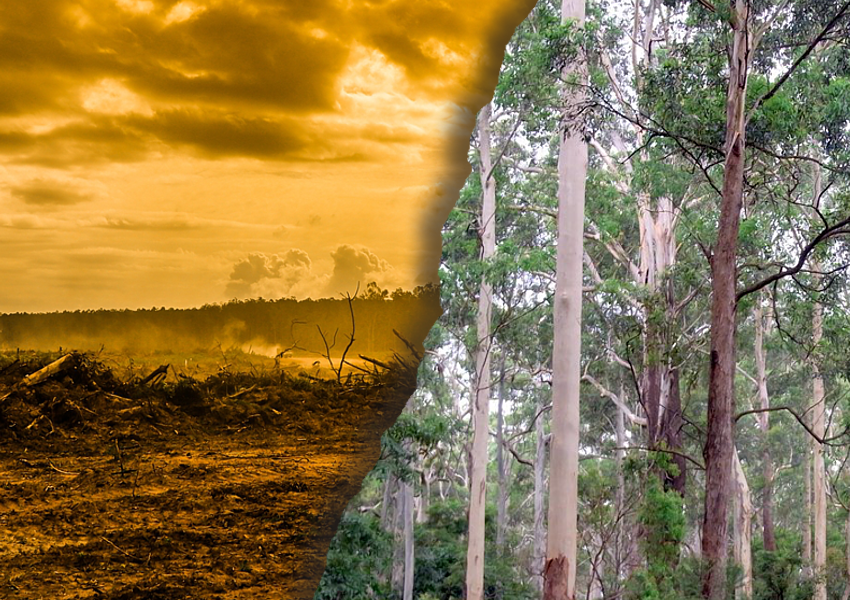 Private land key to habitats, biodiversity, but laissez-faire government in no hurry

THE NATURE CONSERVATION COUNCIL of NSW reports that a new government scheme to protect high-conservation-value areas outside national parks is welcome but leaves thousands of hectares of wildlife habit unprotected. [1]

The government is calling for nominations for ‘Areas of Outstanding Biodiversity Value’ (AOBVs), which qualify for conservation work funding from the Biodiversity Conservation Trust. However, AOBV nominations will only be considered with the landholders’ consent. This may pose a significant shortcoming.

“It is great to have clarity on how this scheme will work, but it offers no protection for vital habitat remnants if a landowner has a slash-and-burn approach to land management,” council chief executive Chris Gambian said.

“The AOBV scheme was a key component of the Coalition’s overhaul of conservation laws in NSW, but for some reason it has taken four years to deliver and is a little underwhelming.

“It was supposed to counterbalance the increased land clearing the Biodiversity Conservation Act was expected to trigger, but the scheme outlined is too limited to ever do that.

Death by a thousand cuts

“The government’s own data shows 54,500 hectares of native forest were destroyed for farming, forestry and development in 2019.

“The truth is that even with this new scheme, wildlife and critical habitat is still woefully unprotected because the whole system relies on the goodwill of landholders.

“While most landholders do the right thing and protect critically important bushland, a small minority do not and that’s where the government should be focusing.

“Th AOBV scheme is entirely voluntary, so it actually offers no more protection than landholders are currently prepared to provide, although it does reward them financially for doing so.”

Many of Australia’s taxpayer-funded carbon credits little more than ‘hot air’, or ‘junk’

Move over sports rorts and phantom parking lots: look what they found on the road to Glasgow Climate Summit.

THE AUSTRALIAN CONSERVATION Foundation and the Australia Institute Climate & Energy Program report that one in five carbon credits issued by the Federal Government’s $4.5 billion Emission Reduction Fund (ERF) do not represent real abatement and are essentially ‘junk’ credits. Their findings here: new research.

Australian Carbon Credit Units (ACCUs) generated by the ‘avoided deforestation’ method of carbon abatement are awarded to landholders who surrender land clearing permits and commit to retain vegetation on their properties.

The Australian Government has committed to buy 26.3 million ACCUs from avoided deforestation projects, using around $310 million of taxpayers’ money, to meet its climate targets.

Analysis shows projects are being issued ACCUs for retaining vegetation that was never going to be cleared, meaning anyone purchasing these credits is buying non-existent abatement.

The avoided deforestation method is currently responsible for more than 20% of the total number of ACCUs that have been issued under the ERF.

“The lack of integrity relating to Australia’s carbon abatement methods calls into question the overall value of the ERF and its success as a mechanism to help Australia meets its climate targets,” said Richie Merzian, Climate & Energy Program Director at The Australia Institute.

Legislation supposed to prevent this sort of thing, unfortunately…

“Just as it would be a poor use of taxpayer funds to pay non-smokers to stop smoking, this method of accounting sees taxpayer dollars paying to retain vegetation that was never going to be cleared. Our research shows that many of Australia’s carbon credits could be little more than hot air,” Merzian said.

“There is legislation in place that requires landholders not be paid to avoid emissions that were never going to be generated. The Australian Government has failed to ensure that requirement has been met.

“The Emissions Reduction Assurance Committee exists purely to ensure the integrity of the ERF. In 2019, we wrote to the Committee raising serious concerns about the integrity of the methods and the ERAC conducted a review. What happened to the review?” said Annica Schoo, Lead Environmental Investigator at the Australian Conservation Foundation.

“Two years later, the Committee has not released any findings. In that time, the Clean Energy Regulator has issued approximately $68 million worth of questionable carbon credits to projects that use the avoided deforestation method.

“Our findings demonstrate that the avoided deforestation method — which makes up one in five of all Australian carbon credits — is deeply flawed. The Committee’s review should have reached this conclusion at the beginning of the Morrison Government’s term.

“Protecting and regenerating nature in Australia is an important part of the climate solution.