Skip to content
You are here
Home > People Profiles > Queanbeyan resident on the trail of international money laundering! 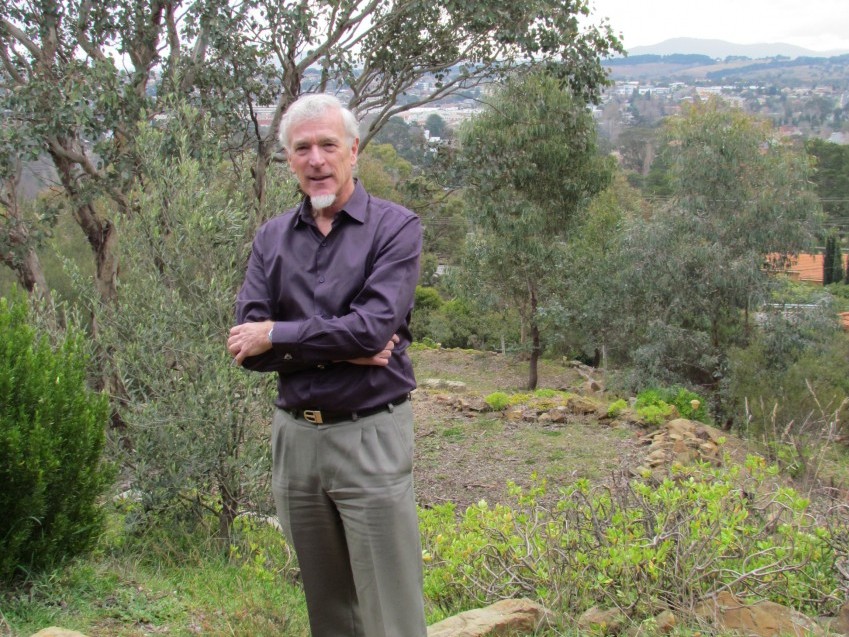 On a quiet street in Greenleigh, Queanbeyan, international crime busting work is going on.

John Walker’s one-person crime trends consultancy has him in demand from Amsterdam to Milan and from Canberra to Washington, crunching the statistics on the huge international flow of money being laundered by crime syndicates. He’s also tracked the trends in financial fraud, as well as on everyday crimes of interest to domestic criminal justice systems.

Money laundering is a trillion dollar a year business. In Australia, he says, it’s Asians and Russians involved in organised crime who are parking their money in this country.

Walker says one impact that everyone can appreciate is the effect on the domestic property market because money launderers don’t care what they pay, they just want to put their money somewhere.

Considered a pioneer in the application of data analysis and modelling to criminology and the justice system, Walker has worked for the United Nations, the World Bank, the International Monetary Fund as well as Australian criminal justice agencies.

He says the Global Financial Crisis opened the doors to US economic regulators. It made his methodology ‘respectable’, showing that financial fraud (as demonstrated by many Wall Street firms and others in Europe and the UK) is a far bigger problem than illicit drug trafficking. “Before then the US and other countries thought that the capitalist system couldn’t spawn fraud on that scale.”

Money laundering is a trillion dollar a year business

He says the US spent millions on reports that tried to show it could not be, but the GFC completely changed how money laundering and fraud is seen internationally. Money laundering analyses, based on a model he developed, suggested that very much of the laundered income was from fraud, with tax evasion as a sideline.

Walker says he works with available trade, insurance and other data such as police and court records, applies it to the business of crime, then makes some ‘heroic assumptions’ and workshops the results with his clients.

Recently he worked with a University of Utrecht economics professor advising the European Union on the economic and legal effectiveness of anti-money laundering strategies. His model is being used to estimate money laundering activities in 27 countries.

He says he has found that laundered money is attracted to rich countries, particularly the UK and US while enforcement is often directed to poorer countries so global action has been somewhat misdirected. “Both the generation of money and the hiding of it is much greater in rich countries, although corruption and crime certainly occur elsewhere, with the money laundered in rich countries.” That creates its own problems that he is helping to quantify, with the flow of money 10 – 1 going out of poorer countries versus coming in. Aid requests to the World Bank are now first filtered through a crime analysis.

With the University of Milan he is also looking at what organised crime groups invest in, focusing on European countries. That includes real estate, football clubs, road transport and waste disposal firms. “They invest in legitimate businesses but don’t run them properly,” he said. In Australia ‘foreign investment’ of this sort might equally look at gambling establishments or cattle stations as at coastal real estate. He said it’s still very hard for law enforcement to pinpoint laundered money.

Walker says he got into criminology “by accident” as an economist working in regional analysis for the Metropolitan Board of Works in Melbourne. He got to looking at crime patterns where they occur and where police were putting their resources. “Policing strategies differed between communities considered ‘bad’ and those with better reputations.”

From there he went to the Australian Institute of Criminology where he got Australia involved in an international crime victim survey and expanded its scope with more economic data. In 1994 he took a package and then the CEO of Austrac (Australia’s anti-moneylaundering agency) called saying, “would you be interested in estimating money laundering in Australia?” and the rest is history.

Walker and his wife Karan are grandparents who live quietly in the leafy environs of Greenleigh with two sizable and don’t-touch-me looking Persian cats. Walker runs and writes poetry to unwind. He says an early morning run in the semi-bush environment around him, down to the golf course and river and back, with the birds and the kangaroos for company, are an unbeatable way to start the day.