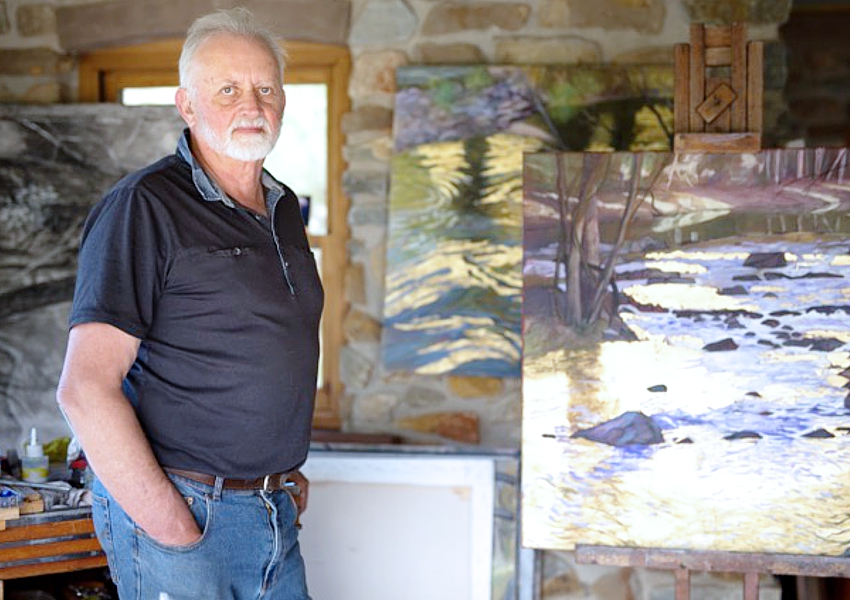 FLOWING THROUGH wilderness and national park, the Deua River (which later becomes the Moruya River) provides our coastal communities with water for households and farming as well as a pristine environment for native animals and birds such as the platypus and the azure kingfisher.

This environment has been captured in Stuart Whitelaw’s Treasury – Reflections on Gold Mining and the Deua River, along with recent watercolours and collages by Gillian Wilde are on exhibition at the Bodalla Gallery until 2 April.

Gold mining at Majors Creek had a profound and often undesirable effect on the purity of the river water until the gold was no longer present in profitable quantities, even to industrious Chinese diggers, and so they abandoned  the area.

Now however, large-scale underground mining is about to be commence, to the dismay of environmentalists who have passionately campaigned against it and succeeded in gaining some concessions such as banning the use of cyanide on site for use in gold processing.

Stuart’s pastel and charcoal paintings on canvas explore Deua’s Treasury, and contemplate the toxic aspects of gold’s legacy. An interesting addition that demonstrates the attraction of gold is his use of Dutch gold leaf to add richness and light to the canvases. (There was a cost in terms of difficulty as gold leaf is so fragile that a lot of the work had to be done in the studio instead of in situ.)

While celebrating the beauty and magic of the Deua River, Stuart was aware of the dilemma that economic development so often presents to people. He wrote: “I guess the thing that I find so strange about the whole thing is how we ‘value’ our life support systems.

“The fact that mining will start when the price of gold reaches a certain point and the Australian dollar gets below a certain point. When these conditions are met, it becomes ‘worth it’ to extract a tonne of rock in order to extract ten grams of gold. “The residue will then sit in a huge tailings dam that has to last for eternity in order that the Deua River and ecosystems will be protected. It all seems way beyond our control. When we quiz our politicians about this they hold up their phones and say, ‘Have you got one of these? Then you need gold for some of the components.’ ”

At the time of these reflections it was not known of the partial wall collapse of one of the Cadia mine walls. This gold mine out of Orange in New South Wales, and one of the largest  in Australia has had its operation suspended and is being investigated in order to find the causes of the failure. A tailings dam collapse at Majors Creek and the subsequent contamination of the water supply would be a catastrophe for our region. Therein lies the dilemma for all of us: protection of nature or the benefits of risky economic development?

Stuart avoids judgements, but at the same time encourages people to have a look at the Deua Valley, camp by the river and just “be”. Like all our rivers on the far South Coast that rise in the mountains, it is a real treasury.

ABOVE: Artist Stuart Whitelaw in the studio. Images supplied. 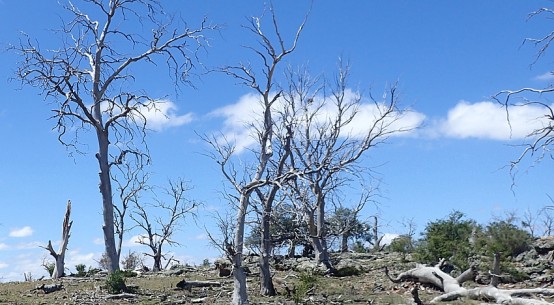 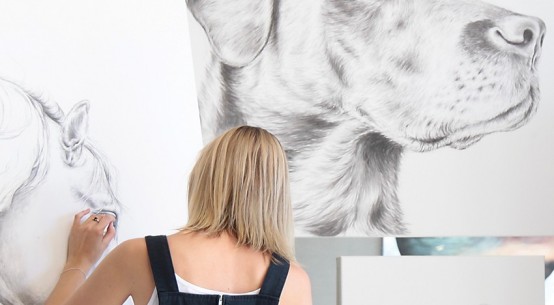 A story of love, loss and connection