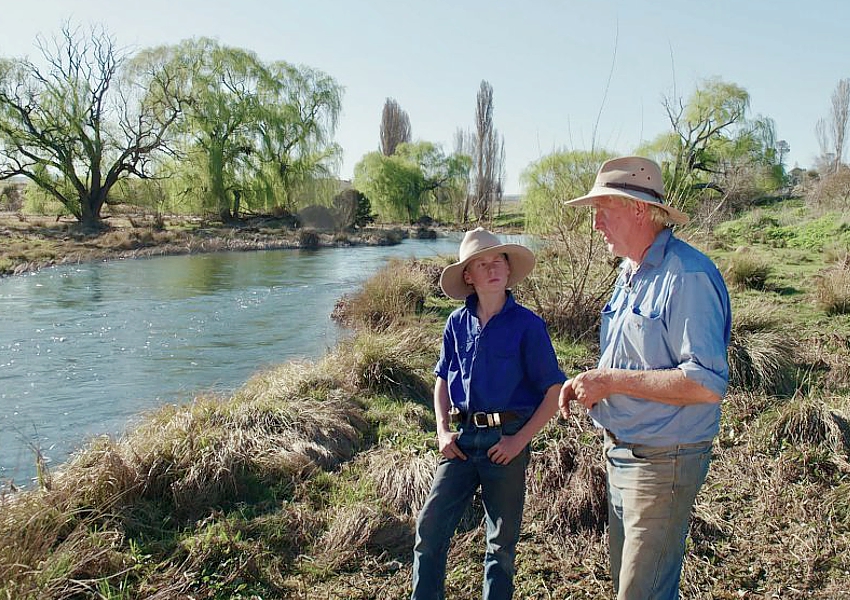 ON A STILL autumn morning in 2016, Charles Massy walked up a hill above his farm to sit beside a favourite old snow gum.

ABOVE: Mr Massy with his grandson, Hamish Shumack hear a reed warbler on the banks of the Snowy River. (Australian Story: Greg Nelson)

High up on the Monaro plateau that runs off the flank of Mount Kosciuszko he could see his homestead and the native brown grasses on his farm dusted with frost.

“As a kid there we had no swamp wallabies or wallaroos,” he said.

It was a sign that the land was slowly returning to health after he had stopped using chemicals in 2000.

Recently he had visited a friend who had regenerated his creek.

“And the day I was there we heard a reed warbler calling in his small patch of reeds. It had just started to grow and it was probably the first time in 150 years that a reed warbler had come back to that denuded valley.”