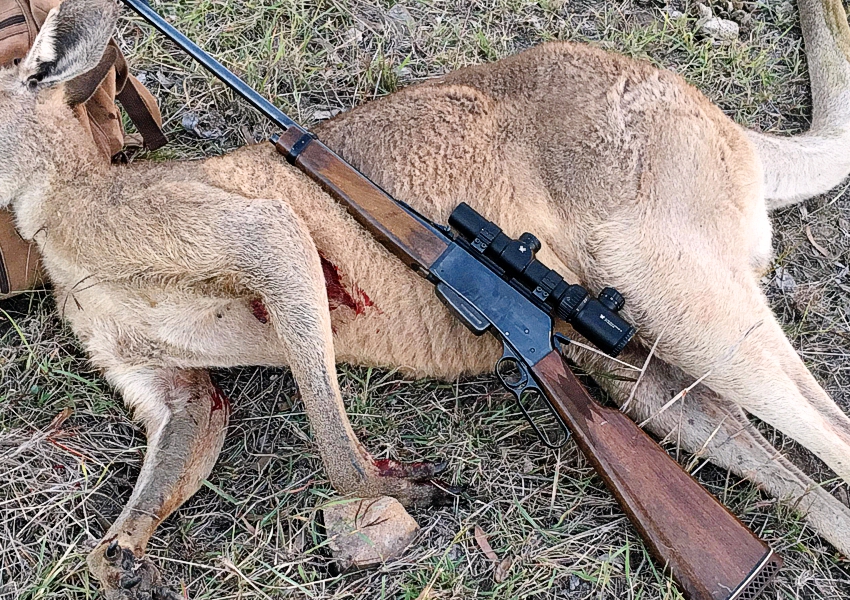 Preparing to testify at a NSW enquiry into the welfare and health of the state’s kangaroos, Diane Smith and Greg Keightley again experienced first-hand the barbaric impacts of the Australian commercial kangaroo industry for skins and petfood or, in parallel, just for wildlife destruction — supported by various rural landholders and state and federal governments. For 15 years, at huge personal cost they have recorded aspects of this barbaric activity from the perimeters of their NSW property. More recently Diane has saved lives as a carer. Here, in her words, is what happened in mid June.

TO SAY THAT the past few weeks at the Sanctuary have been tough would be an understatement. Some days have been so tough, so ‘life or death’ in fact, that I could barely breathe.

The whole Kangaroos Alive team has worked tirelessly, pulling out all the stops, to make effective submissions to the NSW Inquiry into The Health and Wellbeing of Kangaroos knowing that millions of lives depend on us getting this right; sharing our knowledge with law makers; telling them what we have witnessed and experienced; hoping our wisdom will be recognised up against the government funded marketing spin used to justify Australia’s barbaric treatment of kangaroos.

And while we were gathering all our evidence and resources for the inquiry submission there was shooting, farmer or recreational, I don’t know which, but it was all day some days. So the gut wrenching decision of whether to try to help those kangas being shot at or stay with the submission … and then the commercial kangaroo ‘harvester’ turned up on our boundary, shooting the innocents who have been trapped within the killer fence.

I ran the length of the fence while Greg tried to gather video evidence of the cruelty with two broken cameras we cannot afford to replace. I ran to every one-way gate and secured them open so it was easier for our Kangas to flee if they could think clearly enough to head to their exits. What I found at those gates was shocking. Most of them had been blocked closed with rocks.

Documenting the shooting and its barbaric trappings is important but returning to our mob, our family, to reassure them and keep them close is too. Unfortunately, I left it too long and when I checked that all were ‘home’ found that Tower was gone and that little Thom Yorke, 8kg fence entanglement patient, had jumped his 1.5m solid barricade and disappeared.

What he heard and saw just opposite our house drove him to flee from a safe place in which he had sheltered, recovered, joyfully played and hugged, shouted repeatedly until his bottle was delivered … He had a bullet hole in his right ear so the sounds of kangaroos being chased and beaten may have triggered a massive terror which I needed to be with him to counter.

This sinister betrayal of kangaroos is occurring all across Australia. Raise your voice and help make it stop. These are gentle, loving, peaceful beings whose right to exist far outweighs any highly questionable justification for displacing or killing them.

All this while our oldest, Ricky was fighting to recover from a kidney injury resulted from the stress caused by being trapped inside the fence during shooting in January.

Ricky was responding very well to treatment, his tests had improved substantially and his demeanour almost normal, until the Commercial Kangaroo Industry showed up 80 metres from our house.

Then another shooter turned up nearby, relentlessly chasing kangaroos, shooting at them while they ran, just like the commercial kangaroo harvester had three weeks prior. Many kangaroos were injured but not immobilised and when we searched for them after the shooters left, we found such a scene of blood-curdling, sinister cruelty that we, who have seen it all, were left speechless.

We humans, our governments, the kangaroo industry, agricultural sector, have projected such evil onto kangaroos that this barbaric treatment raises barely an eyebrow.

I’m sorry that the only good news I have is that Nelly, staying with us long-term while her fence injuries healed, decided that she agreed with me that she was 100% fit and ready for release. It was a joyous morning when I found her pottering around outside, deciding whether to stay around the house or head 1km North to her family.

[But] The heartbreak there is that, while she has been in care, every family member has been shot or has dispersed for fear of being shot. She will have gone looking for her mother and sisters, only to find no-one in the 500m stretch of bush she called home.

Injustice — hidden in plain sight the war on Australian nature … by District Bulletin editor Maria Taylor includes further testimony on what Greg and Diane have seen and endured over the years (starting p235). Find the book via www.mariataylor.com.au 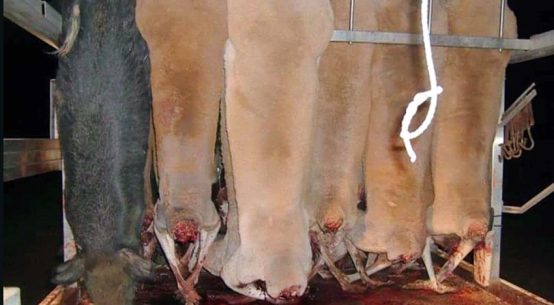