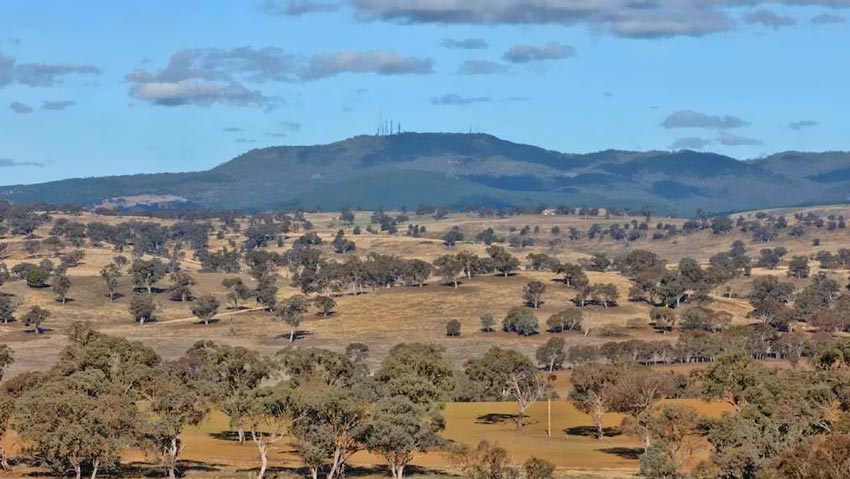 The scene is set with alarming statistics from CSIRO and the NSW government on estimated impacts to temperatures, rainfall, fire and coastal inundations in NSW by 2090: temperature increases across the state ranging from 3.1-4.3°; annual rainfall decline of up to 32%; 60% more extreme fires in some parts of the state; and sea level rises of 26 cm in coastal areas.

In an orderly, factual manner, it runs through the impact of these changes on the wide range of NSW ecosystems, most of which are already severely impacted by habitat loss: forests (including rainforests and swamp forest); eucalypt woodlands; grasslands; alpine lands; rivers and wetlands; coastal regions; and marine regions. 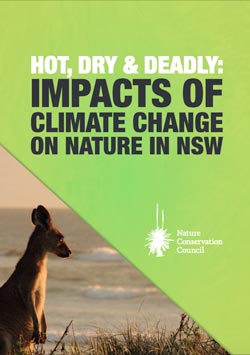 The report works with examples of vulnerable species, illustrating the severity of changes in each ecosystem type. Some can carry the fate of many other species within their own survival.

The koala population has already plunged by 33% since 1990, including a drop of 75% in the Pilliga Forest which was until recently regarded as a koala stronghold. As forest area shrinks due to reduced rainfall, increased fires, logging and inundation of coastal swamp forests, koala populations will shrink even further.

In the alpine region, where snow has reduced by 40% since 1960, there are only 2600 mountain pigmy possums left, occupying about 10 sq/km. They hibernate 7 months of the year and eat mostly bogong moths when they emerge. Reduced snow cover is disrupting their hibernation cycle, and they are emerging before the moths arrive. This absence of food after hibernation is significantly reducing this species’ chances of survival.

In NSW woodlands, the regent honeyeater is a critical pollinator of many eucalypt species, but its breeding patterns are closely tied to the flowering time of the trees. As climate change causes the trees to flower early, the honeyeaters are likely to starve and many trees will go unpollinated.

In marine regions, seagrass meadows are a critical nursery and feeding ground for marine animals. About 30% of seagrass cover has already disappeared. What is left is threatened by rising sea levels and more frequent and extreme sea storms.

The regional launch included some positive directions including the Repower organisation’s goal of ensuring that 100% of Australia’s energy will be supplied from renewables by 2030.

One failing of the report is not underlining that its dire projections are cumulative. The changes could be much more severe as a result of feedback loops between ecosystems and the climate. For example, the report notes that seagrass meadows store more carbon per hectare that the Amazon rainforest. The writers could have taken the opportunity to note that losing such a significant greenhouse sink would further contribute to climate change.

Restoring vegetation and habitat as important as renewable energy

The report also limits its call to action to the replacement of fossil fuels with renewable energies. It omits any reference to the other half of the equation, the importance of largescale restoration of both terrestrial and aquatic vegetation. Such restoration would directly benefit Australia’s ecosystems and wildlife by restoring lost habitat. It would also restore Australia’s contribution to global greenhouse sinks. This is particularly so as the NSW government goes backward in allowing unmonitored vegetation clearance

Notwithstanding, the Nature Conservation Council is to be congratulated on an impressive and readily comprehensible summary of an enormously complex issue and not merely a minor inconvenience for humans. It is potentially the worst disaster for all life on Earth since the extinction of the dinosaurs.

The message that, even now, it is not too late to avert the disaster, or at least to reduce its worst impacts, is equally important.

See the complete report on the Nature Conservation Council website.