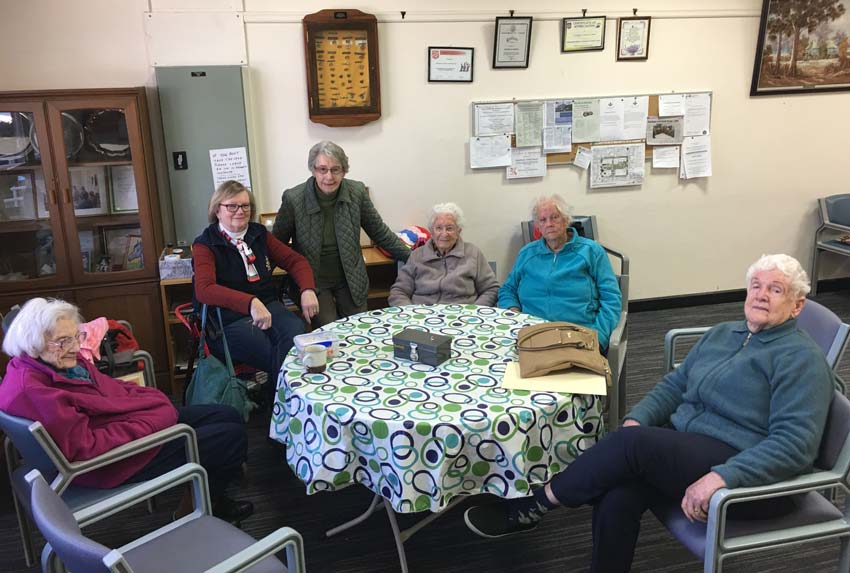 Queanbeyan senior citizens were dismayed to learn last month that they may have become the first casualties of QPRC’s planned redevelopment of the Queanbeyan CBD.

In July the Queanbeyan Senior Citizens Group received official notification from council that it would have to move from its purpose-built centre off Crawford Street by September 26 and relocate to Letchworth, near industrial east Queanbeyan.

Although the group had heard rumours of how the project would impact them in January this year, its 41 members are upset that it has taken the council so long to officially inform them of their fate.

For many it will be the end of an era. Although council has indicated they will be able to return in 2019 after completion of the project, current members are concerned that the group will split up.

According to the president, Rhonda Winnett, a number of members have already indicated that they will be unable to make the transition to outer suburban Letchworth and will choose not to return.

“We are grateful for the offer of the Letchworth Centre, and it is very nice, however it is just too far out for a lot of our members,” said Mrs Winnett.

The Queanbeyan Senior Citizens Group moved into their purpose-built Crawford Street centre in 1976, and its members were very happy back then to have a central place in Queanbeyan which they could easily reach using public transport or mobility devices.

Over the last three years the group estimates that it has spent over $40,000 upgrading the centre, and is dismayed that members will no longer be able to simply drop in.

“Members were able come into town by bus, do a bit of shopping, attend medical appointments etc, then drop into the centre for a cuppa, and some company. For many of us, it was a lifeline,” said Mrs Winnett.

“It will not be possible to just drop in if they have to travel all the way out to Letchworth,” she said, “and this will be sad for many of our members.”

Council has offered part of the group space in the Queanbeyan library for their activities, however members feel that this will serve to further split them up.

“Council has displayed a lack of transparency, and has not given sufficient consideration to the needs of senior citizens. The group will also lose income as a result of this move, because some of the available space has in the past been rented out to other community groups,” she said.

Mrs Winnett said that her group will talk with the new council in the hope of finding another location closer to the CBD. With the elections so close, Queanbeyan’s senior citizens will be looking very closely at the candidates and what they have to offer them.