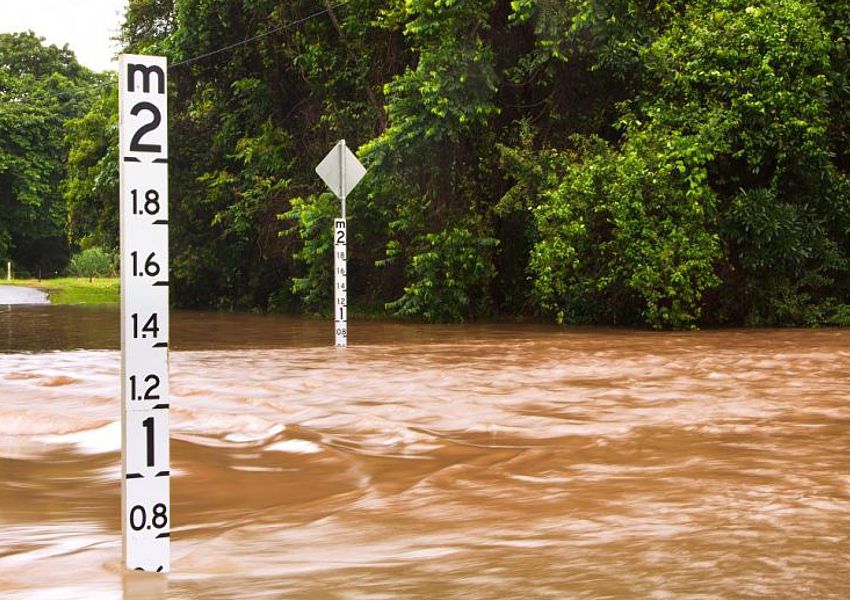 THE CITY OF  Logan first installed the prototype for its smart flood warning system when Cyclone Debbie ripped through south east Queensland in 2017, prompted to action by the deaths of motorists who had been swept away in the devastating 2013 and 2015 floods.

Since the system was installed, no vehicles have driven into floodwaters at sites where the signs are installed, Council says.

The system, which took out the Excellence in Road Safety award at the 2019 Institute of Public Works Engineering Australasia Awards, has now been upgraded and expanded ahead of the current cyclone season, which runs from November to April.

The Flooded Road Smart Warning System’s (FRSWS) signs are powered by recycled laptop batteries and solar panels and flash a “Road Flooded” warning for motorists when activated by rising waters.

They also send real-time alerts to the public disaster dashboard on Council’s website and notify council staff and emergency services.

“Anecdotally, and with all the information that we’ve got from the community, there’s been no recorded incidents of vehicles being driven into the flood waters at any of the sites where the flood warning signs were installed,” Logan City Road Construction and Maintenance Manager Stephen Bell told Government News.

Council has now installed 21 new signs on flood-prone roads across the city in a $500,000 project jointly funded by the federal government, which says the system will save lives during extreme weather events.

Mr Bell says as well as reducing the risk of driving into flood waters, the signs have also reduced the need for council staff to go out in dangerous cyclone conditions to carry out rescues.

“The signs have obviously greatly contributed to reducing the risk of vehicles being driven into dangerous flood waters, and obviously our council is very committed to installing more signs at high hazard road locations.

“By having the signs in place, it means that we don’t have to send our staff out during those sorts of conditions, and then you don’t run the risk of having your own vehicles impacted by the flood waters,” he said.

“It’s a very clear message that people would readily understand, so even if the driver is aware that the road is flooded, the association of the sign wording and obviously the slogan will encourage the driver to be more cautious,” he says.

Thumbs up from the community

The response from the community has been overwhelming, with many residents asking for signs to be built in their areas.

“It’s encouraging when you do something and you’re actually getting a lot of good feedback from your community,” Mr Bell says.

“You know you’re on a winner when you’re getting that positive feedback from your community, and also when you get recognition from your industry peers.”

This project has been delivered in partnership with social enterprise Substation33, an electronic waste recycling centre tasked with building the FRSWS.

“I think that’s also another win that we’ve actually got a group here who is doing work for council which is good for the environment from a sustainability point of view,” Mr Bell says.

“And they’re able to then employ people, who would normally struggle to find work or who have some level of disadvantage, and give them the opportunity to do something productive in life, so I think that’s worth noting.”

During the planning phase of the project in 2016, council identified 278 flood-prone locations, and council would eventually like to see a smart flood warning sign at each one.

“Ultimately, we would like to have a road sign at those locations, so that’s the next phase of the project,” he said.

“That’s our long-term goal, to actually make sure that we’ve got these systems in place on the high risk roads within the city,” Mr Bell says.

— Coming to you this week from Government News; written by Amy Cheng.