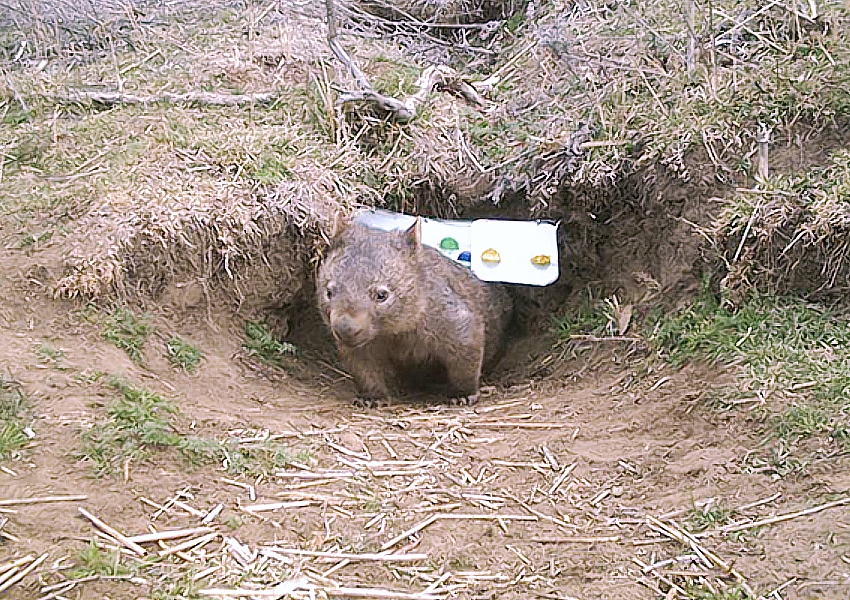 Wildlife carer’s innovative method that any landholder can adopt

WOMBATS IN AUSTRALIA face challenges to their survival, including drought and the destruction of their homes due to environmental factors and human activities. As if that were not enough, sarcoptic mange remains a considerable hurdle for our native friends.

Mange is a contagious skin infection caused by a parasitic mite that burrows into the skin. It occurs in many mammals causing itching, hair loss and thickening and crusting of the skin. For wombats in the wild, mange can mean a slow and painful death.

Marie Wynan, from Greenland near Bega, is the Director of the Wombat Protection Society. She is having great success in treating wild wombats with mange in her local area. Her determination and ingenuity in treatment methods means that more wombats in the wild can lead healthy and mange-free lives.

To see the suffering
of wombats with mange
is horrific.

Marie and her husband endeavor to treat infected wombats in their area on a daily basis. “We have been wildlife carers for nearly 30 years, and to see the suffering of wombats with mange – it is horrific. We started very early experiments with eucalyptus oils and orange oils and that sort of thing. Then eventually we got onto Cydectin. Now we have great success because we have done a lot of research into it and we’re actually quite successful now.” [Cydectin was developed as an anti-parasitic sheep drench.]

Part of that success is an innovative way to use the burrow entrance itself as a means of applying medication.

Marie patrols her area every afternoon, searching for wombats that have been infected with mange. “When we find a wombat with mange we will target that wombat. We go after him, follow him so we know where his burrow is or what area he’s using. We target him using a pole method, so we pour Cydectin directly onto his back if we can.”

If pouring Cydectin directly onto the wombat can’t be achieved, Marie will set up a flap over the infected wombat’s burrow (see main image above). Using remote sensor and night-vision cameras she’ll confirm if the wombat receives the intended dosage. “Then we extend [the treatment area], so we put up flaps to do prophylactic treatment in the area where there is a wombat with mange. We can put up flaps on twenty burrows, just to target smaller doses for wombats who might have it, but it hasn’t broken out yet. Or even healthy wombats who can get that prophylactic treatment just to keep the mange off them.” Using the burrow flap method to provide preventative treatment for a larger area combats the contagious aspect of mange.

Marie aims to treat infected wombats with a dosage of Cydectin every five days, over a period of a few months. “A week is normally what people go by. But I go by five days because five days is the half-life cycle of the Cydectin in the bloodstream of wombats at an average. The correct dosage is the amount that will reach the bloodstream, not how much you actually put onto their back. For it to be effective and kill the mite, it needs to reach the bloodstream. If we can hit them very hard and very early, we’re down to thirty days. In the last couple of weeks, we treated a wombat with six doses over thirty days. We’re three months later now and there is no sign of mange.”

Marie and her husband have treated wombats with mange on their property and their neighbour’s property, contributing to a significant drop in the prevalence of the disease in the area. “Some years ago, on our neighbor’s property, they reported to us that they had a wombat with mange in their yard. My husband and I went to treat the wombat and we treated their valley intensively for three winters in a row.”

Neighbourhood success and spreading the word

“We targeted every burrow along their creek – then my neighbor reported that they were mange free for the first time in twenty years. Even now we go in and target individual wombats that come back with mange. If you target them really quickly, you get on top of it early, you can stop the spread to other wombats that are already in the area. It is effective, the more you do it the more effective it’s going to be. But it’s definitely working really well.”

Marie’s volunteer work as director of the Wombat Protection Society of Australia, has her liaising with other wildlife groups to more effectively combat mange in the wild. “A lot of people contact us to get help with mange. We talk them through [the treatment] and we’re setting up teams of wildlife groups to teach them. A lot of wildlife groups, because [they deal with] a broad spectrum of wildlife, it’s very hard for them to focus on adult wombats with mange in the wild. We’re working with Wildlife Rescue to set up a treatment team. When they get calls that are not an immediate euthanasia, there are people that can help the property owners to treat their own wombats.”

Containing spread of the disease

Marie says that awareness of what mange is, and how to treat it, is a big issue. “It is amazing how people don’t pick up on it. It’s about awareness; the more we can get out and the more people we can educate. It’s in their best interest to actually do something about it. Even if you just treat one wombat, you might have saved another twenty by that wombat not spreading the mange. There’s only positive things about treating them. You get to know what these amazing creatures, what their personality, is really like.”

Marie encourages people to get involved in their local wildlife groups. “There are a lot of things that people can do. That’s what’s so sad about [mange] – it’s so treatable. It is just a matter of finding the wombat and having a bit of determination not to let them die. We’ve got to do something because we’re losing them. We’re losing them to habitat destruction and cars all the time, as well as mange – the three big killers.” 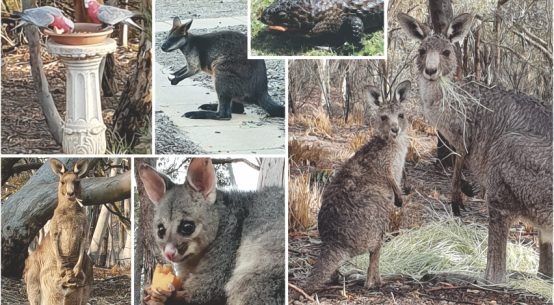 Sharing the land with Australian wildlife: a winning experience 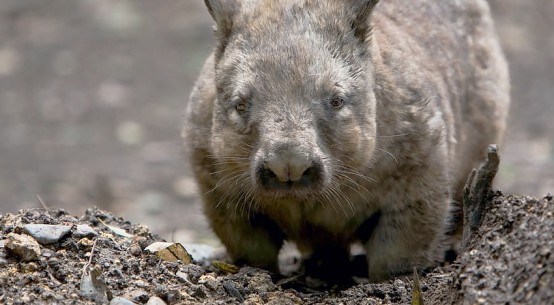