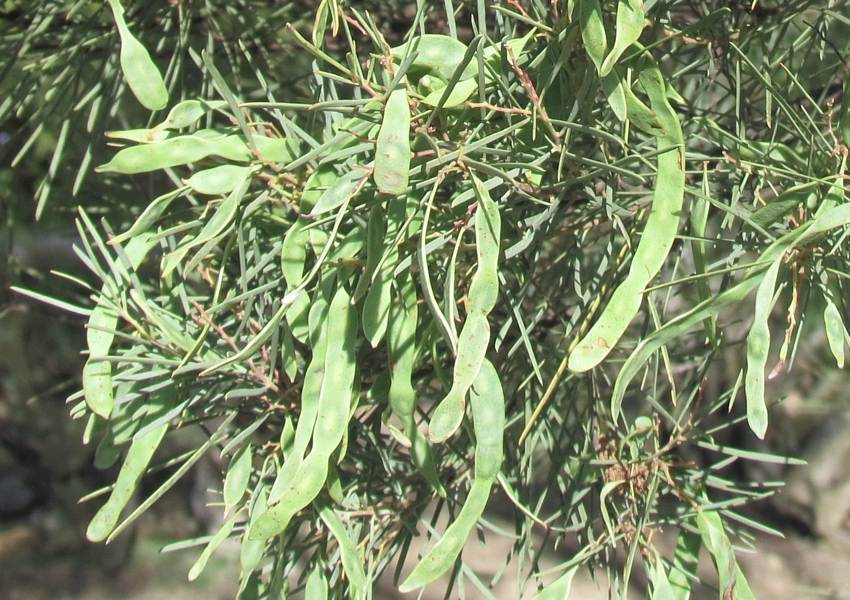 What grows on a block near you, and how it was used. 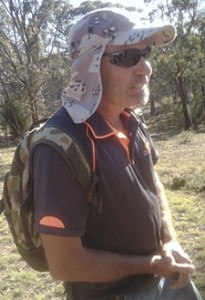 In a talk about Country, Tyrone Bell, a Ngunnawal custodian who grew up in Yass but now lives in Canberra, and who now runs the Thunderstone Aboriginal Cultural and Land Management Services, kept about 25 walkers fascinated on a guided walk around a Norton Road, Wamboin property recently.

Tyrone identified about 400 native species on this particular block, and on the walk he identified features and species that would have been of use to the original inhabitants. 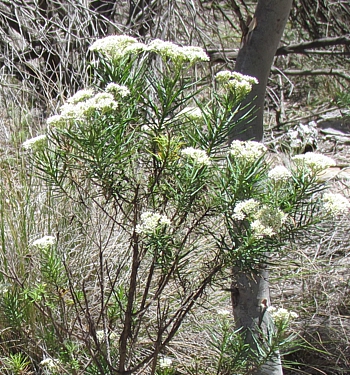 He discussed practices like collecting wattle seed (main image at top), storing it, grinding it, and using it to make bread (habits discussed by Bruce Pascoe in his wonderful book Dark Emu), and pointed out other common flora such as Cauliflower Bush (Cassinia species). Cauliflower Bush was used as an aromatic herb to flavour meat and as a bush band aid.

He described the polar extremes of Indigofera and Hardenbergia, both with pretty purple pea flowers that are used for dye, but one is poisonous and one palatable. Indigofera is poisonous and contains arsenic. Its crushed leaves were placed in streams by the original inhabitants to stun fish.

Hardenbergia, on the other hand, had its leaves used as a calming tea, its spine woven into ropes, and was considered good for toothache, ulcers and cold sores.

There were still Yam Daisies and Bulbine Lilies growing on this block — these edible plants were widely grazed out of existence by sheep and cattle, and, as Bruce Pascoe points out, should probably be encouraged as resurgent food crops. Other edible plants were Lomandra leaf bases or native Cherry berries.

Native Cherry fruiting habits were taken by the first Australians as indicators of how the climate of future seasons would pan out. Tyrone thought the specimen we were looking at on this particular block was indicating a dry and cold coming winter.

Other practices were discussed — such as burying bodies in termite mounds or in hollow trees — a testament to the fact that the ground was in most cases, far too rocky or hard to dig. Or observations that the ants would bring out white rocks on their nest mounds during summer to reflect light, or dark rocks in winter to attract warmth.

The remains of dead, consumed snakes would be left on ant mounds so that the ants would clean the bones. These could later be used as needles to sew possum skin coats.

Or the practice of placing a big rock in a tree fork and then removing the rock at some later date when the tree had grown around it creating a water receptacle or tank.

Tyron Bell has consulted widely on Aboriginal heritage and artefacts for the local windfarm developments and this particular talk and walk was organised by the Small Farms Network, Capital Region. 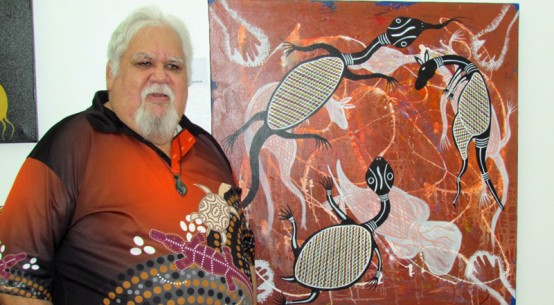