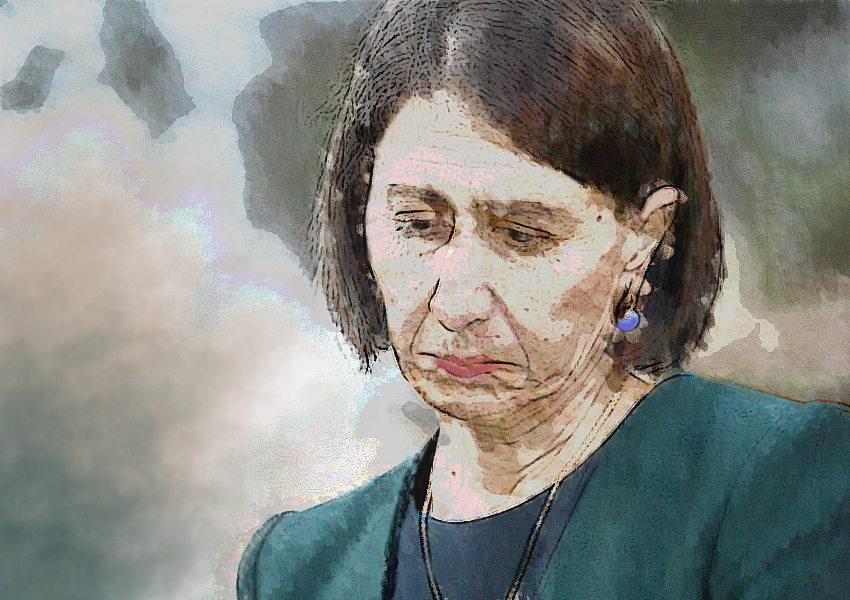 FOR MUCH OF [last] week, New South Wales has been struggling to incorporate a shocking rush of too-much-information about its Premier, Gladys Berejiklian.

It might, at the beginning of the week, have been difficult to imagine that ICAC would be capable of genuine further surprise.

The institution is known for its trophy wall of premiers, having established its hand-biting credentials early on by scalping the very leader who created it.

. . .  the stunning truth is that in New South Wales, you’re ALLOWED to run side hustles as an MP. So long as you disclose them. The guidelines go so far as to insist that “Engagement to provide a service involving use of a member’s position” be declared, alongside the usual requirements for declaration of organisational memberships, debts, general paid work and so on.

[ICACs] investigations have since flushed out countless salty tales, from cash-grabbing ministers to credit-card-abusing Rear Admirals to a sullen and more or less constant perp-walk of venal local government figures of whom you’d previously not heard, all the way through to a museum curator who stole the teeth from a thylacine (Operation Savoy, 2002, true story) and another premier who forgot being given a delicious bottle of red wine.

In a state still bearing a whiff of the Rum Corps, ICAC has come to represent a queasily unsurprising periodic bulletin that: Yes. There are still public office-bearers out there who are bent.

But on Monday, in the course of hearings into low-level scammer (and 20-year provider of buttock warmth to the Liberal back bench) Daryl Maguire, a genuine bombshell arrived.

The NSW Premier, a notorious workaholic known by family, friends and colleagues for her fastidiousness in matters of personal privacy, admitted to having a “close personal relationship” with Maguire over five years, and concluding only recently.