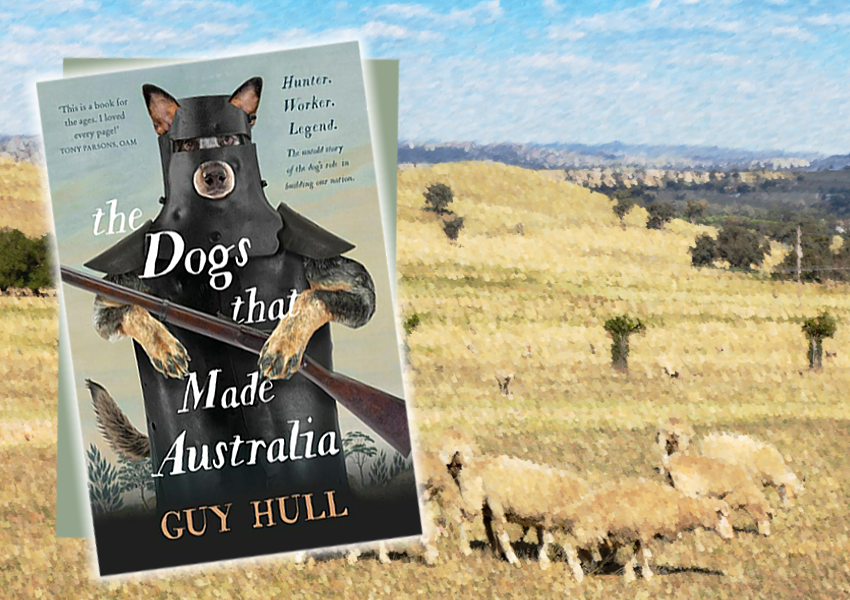 THE DOGS THAT Made Australia is a meticulously well researched book by NSW author and dog behaviourist Guy Hull.

Published by Harper Collins, it traces the role of dogs in Australia’s nation building. Some of the dog-assisted endeavours described are misguided long-term failures such as the development of kangaroo dog breeds in the nineteenth century.

It traces (in detail) the development of the specifically Australian working dog breeds such as the Kelpie and the Heeler, and contrary to popular myth, the Kelpie is not a Dingo cross, but the Heeler is.

But the book begins with the Dingo, and throughout the book, the Dingo wars are traced and analysed with the author’s ease of writing and good humoured grasp of his subject.

If you like dogs and enjoy reading history, this is a commendable book that looks at our whole colonial intrusion from a fresh new angle.

Killing instead of appreciating

The Dingo has been largely exterminated from the east coast due to the use of strychnine bait applied for almost a century. It is best here to quote the author who points out:

“Dingoes regularly prey on foxes. Without the dingo around, fox numbers too exploded, and the creatures played merry hell with weak sheep and lambs, particularly at lambing time.

“Graziers developed a deadly set against nearly all local wildlife, which they saw as some kind of threat. It wasn’t that they were paranoid, it was just that everything was out to get them…

“…The first legislation to regulate vertebrate pests in Queensland, the horrendous Marsupials Destruction Act, dates from 1855. In an 1885 amendment, Dingoes and certain other native and introduced animals were declared pests. Bounties were paid for the introduced European hare, the European red fox and the feral pig, but just to ensure the baby (that wasn’t carted off) went out with the bathwater, there were also bounties on kangaroos and wallabies, pademelons, rat kangaroos, bandicoots, koalas, and of course the notorious lamb and baby snatcher, the wedge-tailed eagle.

“Half a million koalas were destroyed in Queensland alone in 1927. 500,000 in one year. But let us not forget the villain of the piece. Bounties were paid on the presentation of the dingo scalp.

“They also facilitated ground baiting by graziers. Millions of native and introduced animals were destroyed over the years.”

The book regularly digresses and inspects our historic and present attitudes to the animals around us, but never loses sight of its main subject which is dogs.

The complex and rather sad story of the Dingo is told with all its ramifications and is only one part, albeit a recurring theme, of this book.

The dog protagonists of the book are many and varied.  The tale told of the Kelpie ‘Coil’ in the book’s Introduction, is probably worth repeating.

“From 1896 to 1902, eastern Australia laboured under the thrall of El Nino’s bone dry misery, in what became known as the Federation Drought…

…Yet in 1898, at the height of the crisis, Australia’s parched spirits revived when a canine hero emerged…

“On Saturday 2 July of that dry, dreary year, a man named Jack Quinn walked onto the Royal Agricultural Society’s grounds at Moore Park, in Sydney.

“He was there to take part in the sheepdog trial at the annual exhibition of the New South Wales Sheepbreeders Association.

“It was the biggest event of its kind in Australia … known as the Sydney Trial, [and] was the most prestigious event on the annual trials calendar.

“Today was the second round of the competition. Beside Jack Quinn was his blue Kelpie, Coil. He and Coil had travelled from Cootamundra to compete.

“As they moved to their starting positions, a shocked silence settled over the uneasy spectators.

“Thirty one of Australia’s top working Kelpies had run in the first round. Only eleven had progressed to the second and final run. Coil had scored a perfect 100 and became the unbackable favourite to win the title. His faultless performance had been the first achieved in the three years of the Sydney trials at that point.

“Coil had all the right stuff: his mother, Gay, another Quinn Kelpie, had won the inaugural event in 1896. Coil also had an inestimable advantage in his breeder and handler, the best Kelpie man in Australia, probably the greatest of all time.

“Still, those advantages and a perfect first run counted for nothing, because Coil should not have been competing in the second round at all. In fact, he was lucky to even be alive.

“Tragedy had struck on the evening of that historic first run when Quinn and Coil were travelling back to their Sydney lodgings. Full of himself after his heroics that day, Coil had prematurely leaped from the horse drawn carriage as it neared their destination and had become entangled in one of the carriage’s steel rimmed wheels. His left foreleg was smashed.

“Fortunately for Coil, Jack Quinn was studying veterinary science, and that night he reset the leg and dressed it in a cork splint.

“The next morning, when any other dog would have been lying in pain and still in shock, Coil was hopping about so happily he convinced Quinn that he was fit to compete.

“After arriving at the grounds, Quinn consulted the sceptical officials and was reluctantly given permission to give Coil the opportunity for his second run.

And what a run it was! Coil penned his sheep in just six minutes and twelve seconds, securing another perfect round. On three legs!

“It was an astounding feat that has become embedded in Australian working dog folklore. The newspapers of the day christened him ‘The Immortal Coil’, and the name stuck.

“Coil was never to repeat that perfect score in Sydney, but his courageous heroics on three legs were more than enough to elevate him, and the Kelpie breed in general, to legendary status.”

The book analyses the characteristics of various breeds that were unique Australian developments, (there are a few more than the Kelpie and the Heeler) and finishes with a discussion about the Australian 50-year ban on the importation of Alsatian dogs for the irrational fear that they would cross with dingoes and produce a super predator. It goes on to describe the feats of a few famous Alsatian police dogs, and all in all, is a terrific read, from cover to cover.

Editor’s note: Strychnine and 1080 baits laid for Dingos, dogs and foxes are a very cruel way of pest control that is pushed by Australian governments to this day, matched only by New Zealand. 48 hours of suffering precede death. Anyone who has seen the film or read the book Red Dog; or has had a dog die of bait knows whereof we speak. 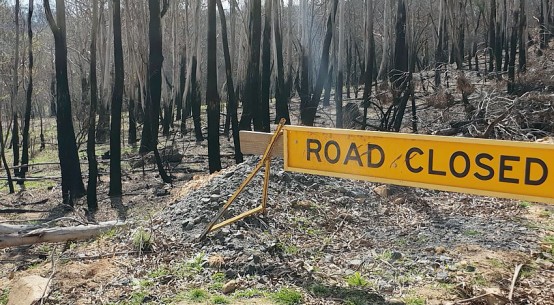