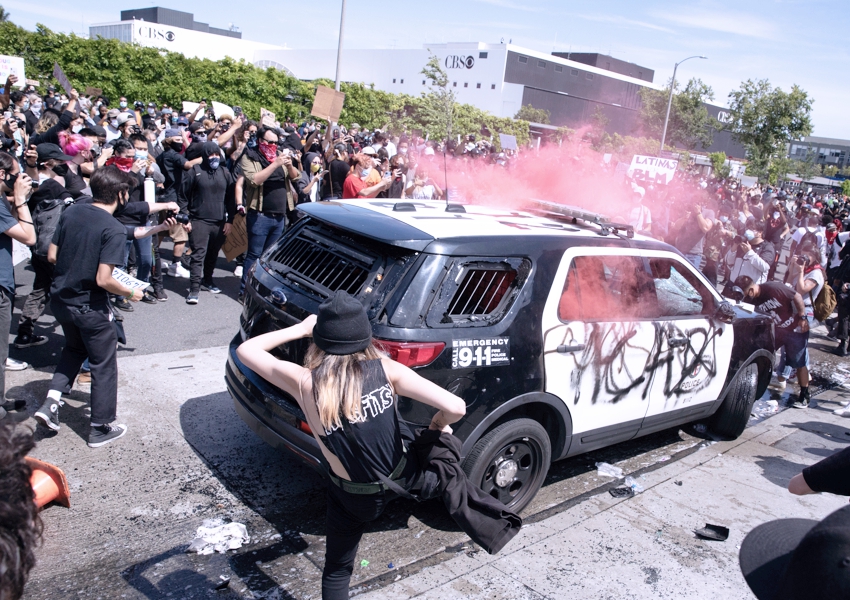 ALL THROUGH SUMMER, through the haze of tear gas and assaults by federal agents, amid nightly clashes between Portland police and protesters, an incident like the one on Saturday night seemed not only possible but inevitable. On the ninety-third day of protests in response to the murder of George Floyd, a bullet struck and killed. And although much remains unknown—the location of the suspect, the details of the dispute captured on grainy video—the conditions in Portland, played out on a long enough timeline, were always going to lead to the kind of tragedy that unfolded at Southwest Second Avenue and Alder Street. Thinking otherwise was self-delusion—like flipping a coin once and believing that for the next ninety-two tries it would keep coming up heads.

Even before right-wing groups reappeared on Portland’s streets a few weeks ago, the situation downtown was a high-anxiety game of Waiting for the Awful Thing to Happen. In July, I stood in front of the Mark O. Hatfield U.S. Courthouse with hundreds, sometimes thousands, of protesters, who waited every night for the federal agents inside to emerge from boarded-up portals like cuckoos out of a clock. Hours could pass with nothing much happening beyond spirited chants and drumming. Yet there remained the sense that, any minute, something very bad might go down. Could a truck find its way past the barricades and into the throng of demonstrators? There were certainly enough raised four-wheel-drives on the periphery, circling the cordoned off protest area, engines revved in taunting, thundering displays. Could a bullet pop off in the crowd, puncturing an organ or sparking a lethal stampede? We stood shoulder to shoulder, anonymous in masks. The person beside you could be anyone. The unseen coronavirus no doubt rode the currents of our collective breath.

Then, late in the night, usually after the crowd began to thin, figures costumed in camouflage military fatigues would pour out of the courthouse, firing flash bangs and tear-gas canisters, thumping demonstrators with so-called less-than-lethal munitions. The exhale of the federal agents from the building offered a strange kind of relief. State violence, yes. A violation of First Amendment rights, absolutely. Yet it felt oddly reassuring.