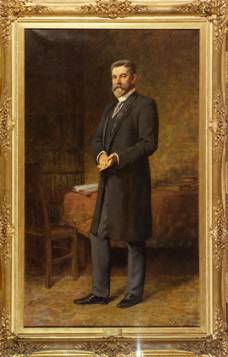 A week ago as I write this, Malcolm Bligh Turnbull was sworn in as Australia’s 29th Prime Minister after a swift and decisive late night coup ousted the 28th PM, Anthony John Abbott. While Turnbull is the 29th person to take the top job, his is actually the 35th prime ministership, which means that a few of them had more than one turn in the big chair.

Some of the interesting stats and fun facts that have emerged in the wake of the most recent change of PM are worth a closer examination. Consider, for example, that the last time we elected a government whose leader served his full term was in 2004. No subsequent PM – and there have now been four – has seen out his or her full term of office. Consider also that in the past five years we have had four PMs, while in the 30 preceding years we also had … four.

What does this say about the state of Australian politics? Despite the hand-wringing about instability and lack of leadership, and the bemoaning about a fickle public and poll-focused governments, what it actually says is that the current state of politics is following the pattern of the 114 years since federation.

Alfred Deakin was Australia’s second, fifth and seventh PM. He took the leadership for the first time in 1903 on the resignation of our first PM, Barton, and immediately called a snap election. He was re-elected, but in 1904, having failed to pass any legislation due to a hostile senate, he resigned the leadership. He was succeeded by Watson and then Reid, neither of whom were able to form stable government and Deakin was reappointed leader in 1905. Is any of this sounding vaguely familiar? Yes, by the time the Australian parliament was five years old it had had four prime ministers. History, as they say, repeats.

Of our 29 prime ministers, just 11 have taken the role as the result of an election win. Several of those, of course, retained the prime ministership at subsequent elections, but statistically, the Prime Minister of Australia is more likely to lose the job due to a heart attack, careless swimming, losing the confidence (and thus control) of the parliament or an angry party room, rather than an angry electorate.

The real question on everyone’s mind right now, however, is not how Mr Turnbull got the job but what can we expect from a Turnbull government? Turnbull has made no secret in the past of his commitment to an Australian republic, his concern about climate change and the environment and his support for gay marriage, all of which were opposed, not to say completely squashed by the Abbott government.

I don’t see any quick reversal of Abbott era policies. Turnbull first has to negotiate the demands of his coalition partners and somehow bring the Abbott loyalists into the tent. The rump of the Abbott camp is now openly referring to themselves as ‘government in exile’, so the PM has an uphill job ahead of him.

History tells us that reformist governments fail when they move too fast. The two most prominent reformists in the modern era of Australian politics were Whitlam and Gillard. Both achieved huge gains in terms of legislation and setting and maintaining a progressive agenda. Both however moved ahead without establishing a solid foundation of support for their agendas and quickly lost the support of the public. Turnbull has all the hallmarks of being another reformist. He will do well to take a lesson from history before embarking on widespread change.

Electorally, Turnbull has already changed the tide for the government. Latest polling shows a complete turnaround with    the coalition now in an election-winning position after 17 successive polls had them behind.

Whether he can keep that momentum going over the next 12 months before the next election depends on two things. Firstly, his skills in communicating his agenda to the parliament as well as to voters. Secondly, his ability to proceed with a reformist agenda at a pace that will satisfy progressives, but pacify conservatives.

A delicate balancing act, which, if he can negotiate it successfully, will see him retain his job at the next election and possibly two subsequent ones. For the moment, however, one week into the Turnbull government, and the public is showing little but sheer relief at having a PM who is articulate, does not answer questions or approach interviews like an angry bull in a small paddock, and shows every sign of being prepared to listen to his party, the parliament and the public.