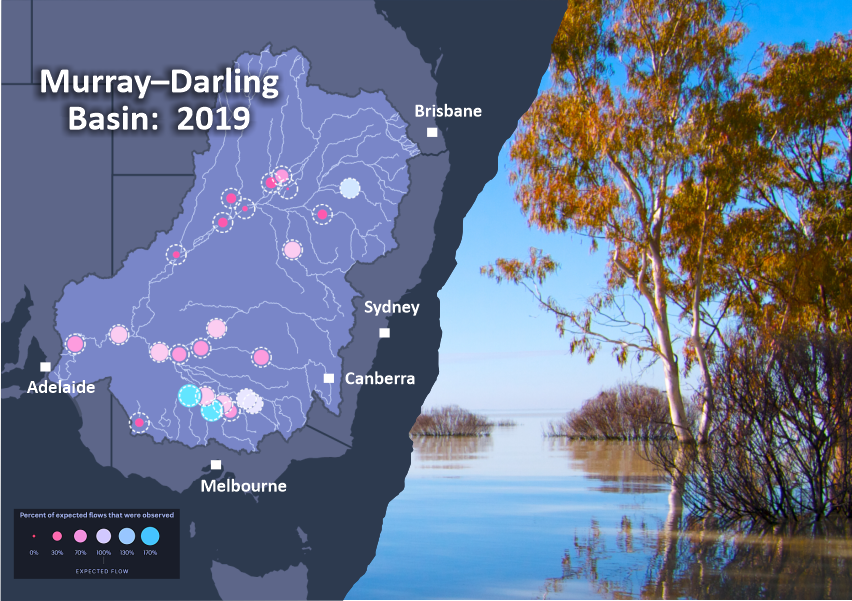 THE DISTRICT BULLETIN with its focus on environmental and ecological news reported on the Darling River/Murray-Darling catastrophe for ecosystems and wildlife on that river that emerged in 2018–2019.

Images of crying fishermen holding asphyxiated Murray Cod, and stories of communities desperately needing water along the river, riveted the nation. Export cotton farm diversions from the headwaters and wetlands that feed the Darling, in and out of drought, played a big part in the story as did the move to water markets.

So what has happened since? Perhaps not unbelievably but tragically, The Guardian reporter Anne Davies has written that despite better rainfalls, the catastrophe may be repeating.

Here’s her recent report. Take a look at the comment stream as well. There are links to several YouTube videos that amateur investigators have unearthed that extend the expose of what is happening.

“Despite months of a new river management strategy, the Menindee community is seething — and their water is turning green

“This is the township of Menindee’s drinking water supply.

“The pool behind weir 32 that provides water to the township of 600 turned green in January and a thick slime now covers up to a third of its surface.

“WaterNSW has declared a red alert for toxic blue-green algae blooms at the weir, and for the lower Darling/Baarka for the 400km to its junction with the Murray.

“Locals like Graeme McCrabb say the Darling is now in as poor shape as it was in 2018, the year before the massive fish kills in January 2019.”

RELATED STORIES:
• LABOR’s pledge for Darling River, NSW Nationals in hot seat
• Who ‘owned’ the Darling these past years?

FROM EDITOR Maria Taylor —
We are going solo and direct with donations to The Bulletin.

This comes after a very disappointing experience with Paypal as intermediary — a headache possibly experienced by other small business in Australia recently. Too many robots and automated responses, not enough human contact for issue discussion.

Thank you very much for your support of our vital work on behalf of the least powerful in our country.

INTERNET SLEUTHS FIGHT ON SIDE OF THE PUBLIC

AFTER ALL THE alarming news about big tech and criminals on the dark web invading our lives, a bright side of the internet emerged with stories of how amateur investigators using publicly posted material to stitch together a fight and an indictment on the side of the good guys.

And you can too.

Take inspiration from a new book called We are Bellingcat: An intelligence agency for the People by Eliot Higgins.

In it, Higgins a former office-worker relays how he set up his investigative outfit Bellingcat, starting with piecing together publicly available posts that led to evidence pointing to which Russian military outfit shot down Malaysian Airlines flight MH17.

An army of amateur sleuths worked faster than whole intelligence agencies to solve the mystery and embarrass the Kremlin. Higgins is demonstrating how reporting in the internet age can become a more level playing field against the moneyed and ideological interests that often hold big media hostage to certain official narratives.

Certainly the environmental and wildlife arena is fertile ground for such amateur investigations when normally they come off second best to commercial interests.

Anyone who has pieced together an environmental or ecological expose through publicly available material is invited to contact us at the Bulletin to discuss. 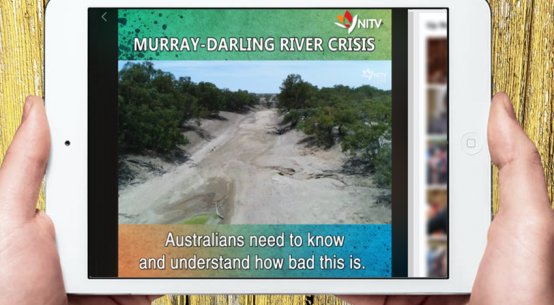