Skip to content
You are here
Home > Living Today > ‘They killed my best friend for supper!’ 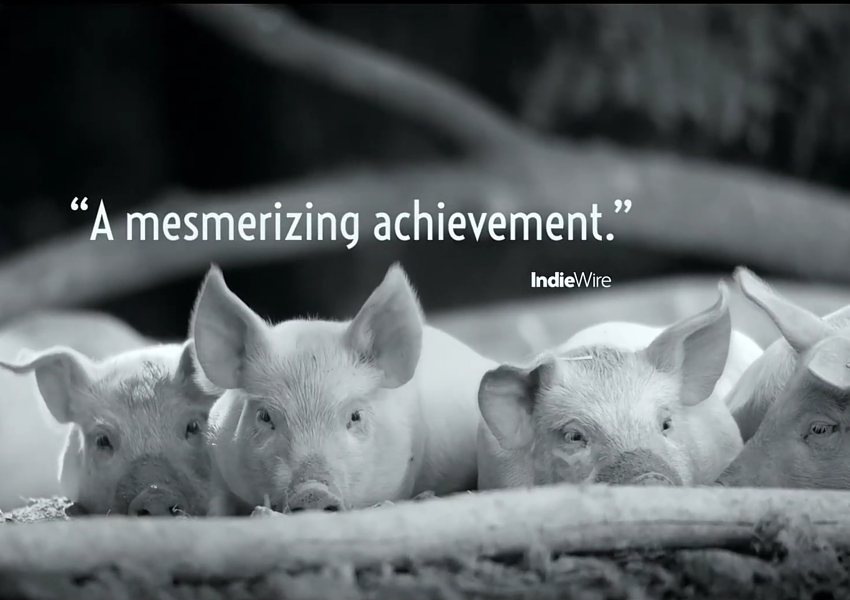 Gunda, the farmyard film that could put you off eating meat for ever

A SOW, TWO cows and a one-legged chicken are the stars of Victor Kossakovsky’s unique documentary, which Hollywood’s most famous vegan, Joaquin Phoenix, has helped to get the audience it deserves.

When Victor Kossakovsky was four, his parents sent him from St Petersburg to stay with his uncle’s family in the countryside. “It was a cold winter,” he says, brrr-ing over Zoom. “Minus 30 degrees.”

Warmth came from the boy’s friendship with a one-month-old piglet named Vasya. They were inseparable — until she became cutlets for New Year’s Eve supper.

“When they ate her, for me, it was a total disaster,” says Kossakovsky. “You killed my best friend!” he screamed at his relatives. And so, he jokes, he became the Soviet Union’s first vegetarian.

Half a century later, Kossakovsky went vegan, as he began production on Gunda, a documentary shot in Norway, Wales and England starring a sow, who gives her name to the title, a couple of ageing cows, and a one-legged chicken.

Gunda is no ordinary wildlife documentary. There is no narration or soundtrack. Instead, in glorious monochrome, we watch the animals simply exist: they feed, snuffle, snuggle, care for their young, and scamper in fields. It turns out that no digital trickery or anthropomorphic narrative is needed for us to fall in love with them.