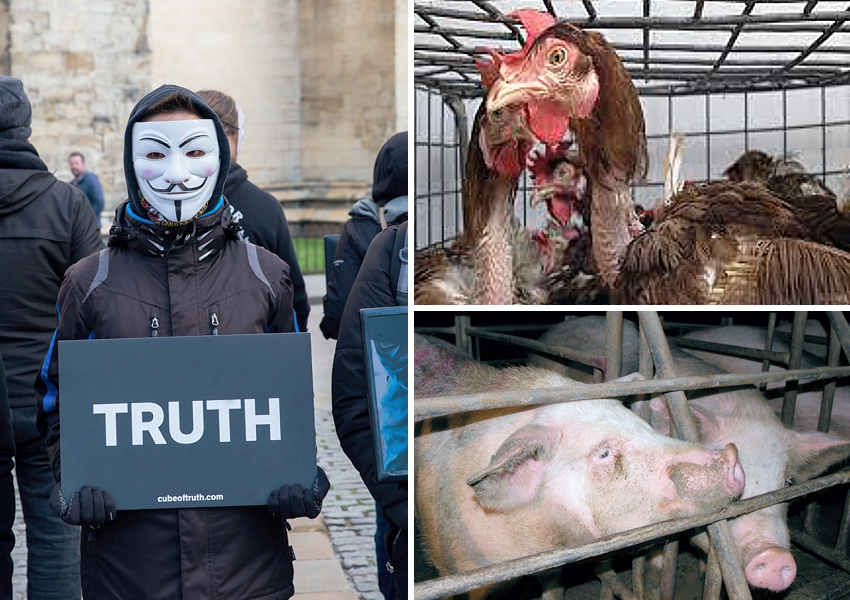 WE HAVE KNOWN all along that the National Party, both state and federal, supposedly the voice of all rural people, is no friend of animals, whether wildlife or domestic stock. The cruel live sheep and cattle export trade is among the party’s favoured programs, along with wide-scale killing of wildlife on behalf of graziers.

More seriously, the National Party and its Liberal colleagues in NSW succeeded in legislating massive fines and will seek jail terms for people investigating or protesting on farm or in abattoir animal husbandry practices long-judged inhumane.

Stoking trespass laws is the pathway. Property rights greatly outflank animal rights and in this society, animals are mere property. Eating meat and dairy products is apparently also a civic duty, with those who chose not to inviting public demonisation by politicians.

Intensive operations such as battery/caged chicken farms, intensive piggeries — where sometimes sows are confined in stalls so narrow they cannot turn around, to give birth and suckle up to a dozen young, (destined for human consumption) — and some intensive dairy methods are amongst the protested activities. Nobody would be protesting if the inhumane practices were phased out.

Here are a couple of linked stories that explain what Barilaro and Littleproud have achieved in the name of Australian farming, even gaining international attention. It is noteworthy that neither of these stories include a balancing description of what the animals suffer: the incentive for the trespasses.

Whether it is criminalising investigations into off-shore asylum seeker situations, or it is suffering animals confined to radio silence while humans who seek to help them are criminalised — the best values of Australia are being betrayed. They are betrayed by the worst instincts of some people in high office in tandem with the profit motive of others who have the ear of governments.