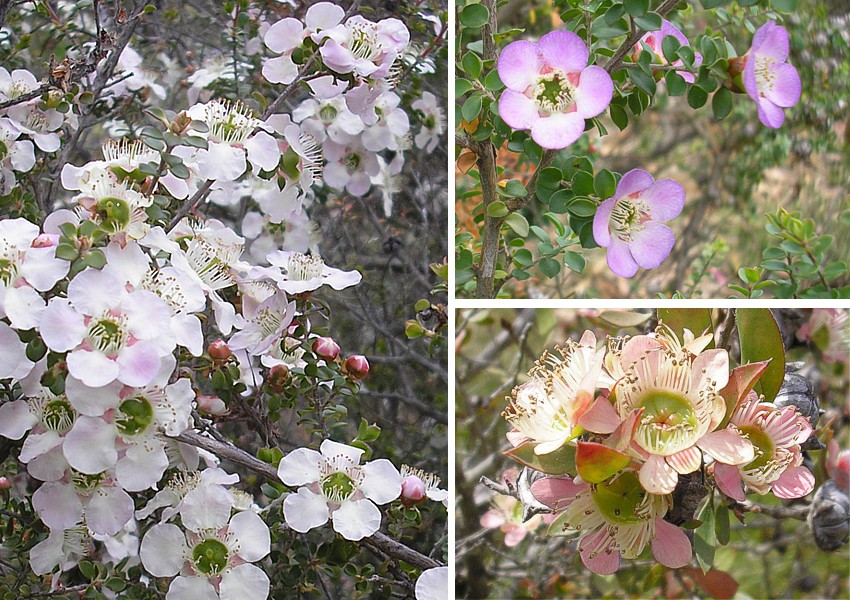 TEA-TREES are a widespread genus of Australian plants, with more than 80 species occurring in all states and territories. The genus name, Leptospermum, describes the abundant narrow seeds which are carried in woody fruit capsules. The common name, Tea-tree, refers to attempts by early British mariners to brew a familiar beverage from the coastal Leptospermum scoparium.

Although Tea-trees are scattered throughout a range of climatic regions, they mostly grow in soils that are moist for at least part of the year. (Rural readers may notice new tea-trees cropping up around the block since wetter conditions started 18 months ago.)

One species that likes to keep its roots wet is L. myrtifolium. This greyish-leaved little shrub will often colonise creeks and soakage areas quite densely. Often growing close by, in moist but slightly better-drained soils, are populations of the taller, more upright L. juniperinum – named Prickly Tea-tree for its sharply pointed leaves. Both of these species have smallish white flowers.

L. multicaule grows on heavy soil, usually on flat open areas. Its name means ‘many stems’, and it has an open habit with slender long stems often covered in small white or pale pink flowers, and is usually only a metre or so tall.

A much larger species, one that can grow to the proportions of a small tree, is L. lanigera, the Woolly Tea-tree. To me, it seems more silky than woolly – the new growth is soft and often slightly pendant, covered in silvery hairs and with a dark pink or mauve tint.

L. lanigera grows in a range of habitats, from coastal areas to high in the mountain ranges, and it and the three species mentioned previously all grow in the Shire.

Tea-trees seem to adapt well to a range of soil types in gardens, where they can provide a striking patch of white, pink or red. The red-flowered Tea-trees are mostly cultivars, although L. spectabile, from the NSW central coast, has dark red petals which contrast with the pale sepals visible between the petals.

An equally showy species is L. squarrosum, as its common name of Peach-blossom Tea-tree would imply. The young foliage is softly hairy and the stems are crowded with large pink flowers.

I have two of the local Tea-trees growing naturally at my place, but have added a few more species to the landscape. L. scoparium ‘Horizontalis’ is, as its name suggests, a low-growing form. This one grew for several years on a mound of rocks and heavy clay soil, the large white flowers covering the stems every summer. It did extremely well until the drought, when the site proved too dry for it.

More successful have been several L. rotundifolium (seen above on left), truly beautiful plants with small dark green leaves. The profuse flowers range from white to pink and can be more than 2cm across. One of these, planted at the edge of the dam, has grown into a neat shrub about 1.5 metres tall, and seed spread around has resulted in several smaller bushes – all presently covered in flowers.

There is a mauve-flowered form of this species (seen above top right), and also a low-growing dense form, L. rotundifolium ‘Julie Ann’. Growing to a width of about two metres, it bears masses of pale pink flowers.

Another favourite is L. macrocarpum. A smallish rather woody little shrub, it earns its place in the garden with its flowers. The large dusky pink petals are separated by green silky sepals and the central green disc is full of nectar (seen above bottom right).

From seed or cutting – propagation is worthwhile

Tea-trees are easy to propagate from seed – the woody seed capsules will open a few days after removal from the plant, releasing lots of slender seed. To propagate a particular form, cuttings are needed, and usually seem to strike easily. It’s well worth making space for a few Tea-trees in the garden. 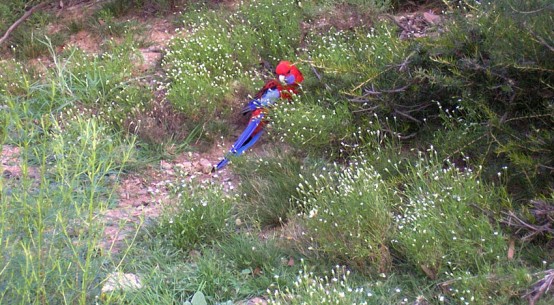