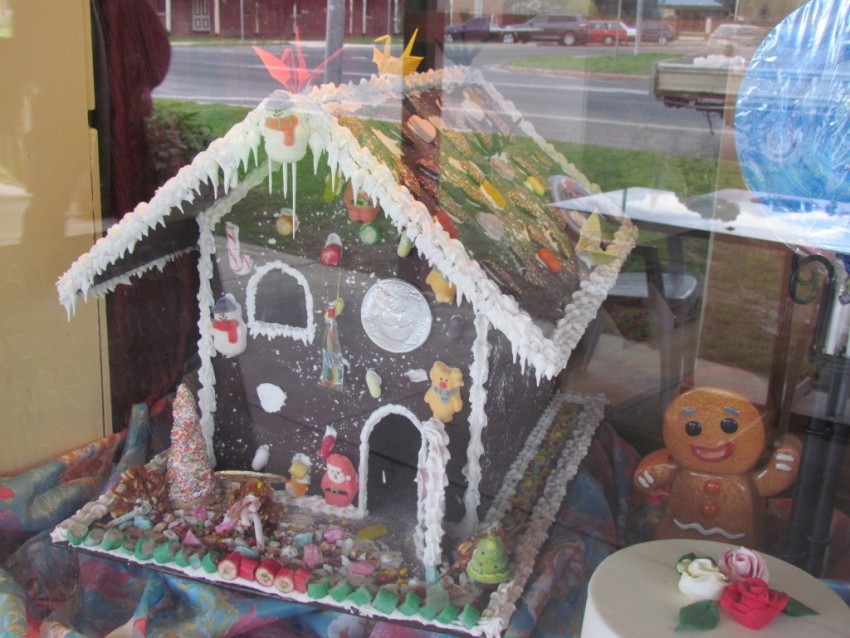 It took Nerson Cuevas on an interesting journey to get himself and family to a business in Bungendore from his home country of the Philippines, via Jeddah, Saudi Arabia, Switzerland and Braidwood.

But now the master pastry chef is turning out top-flight patisseries, artisan breads and special order cakes at Nerson’s in a restored 1918 shopfront on Malbon Street (the King’s Highway) in Bungendore – amazingly all produced in his kitchen and domestic oven as he builds up his business.

That kitchen and oven are still in Braidwood where the family – with wife Zony, and children, Marco, Nika, Olyssa and young Nerson – resides following Nerson’s five and a half years work at the Braidwood Bakery. Indeed the whole family worked there.

Three am starts are not unusual as he prepares everything from scratch, from the custards to the puff pastry aided by old timey ingredients like butter.  As a result his version of vanilla slice has the tick of approval from critical natives like my sister-in-law.  Croissants have a pleasant European cast. Fried Italian bread dough becomes cinnamon twists. His crème caramel is delicious.

Nerson’s training in top hotels from Manila to Jeddah (via a specialist chocolate course in Switzerland) did not prepare him for the challenges of sourcing the right ingredients himself for Australian baking.

“In the Philippines there is just one type of flour. Here there are three types. The consistency of the butter is different. It all affects aspects like baking temperature,” he said.

There were some sad failures for a while, added Zony with a grimace. The couple said fortunately some of the flour companies came to their assistance, advising that this or that one needed a bit more gluten or improver.

Why did they come to Australia and Braidwood?  Nerson said the Braidwood bakery did an international search for talent, and they decided Australia would offer a better life and education for their children.  Marco is already at the University of Canberra.

They chose Bungendore for their business because of the town’s growth even though it means a lot of commuting, as the younger children continue their schooling in Braidwood, while the older children often help out with the shop.

Landlord Greg Nye, who told the Bulletin that the 1918 building was once the regional ‘emporium’ or general store of everything said: “Its terrific seeing new families setting up business in town, particularly when it involves new skills like Nerson’s as a pastry chef.”