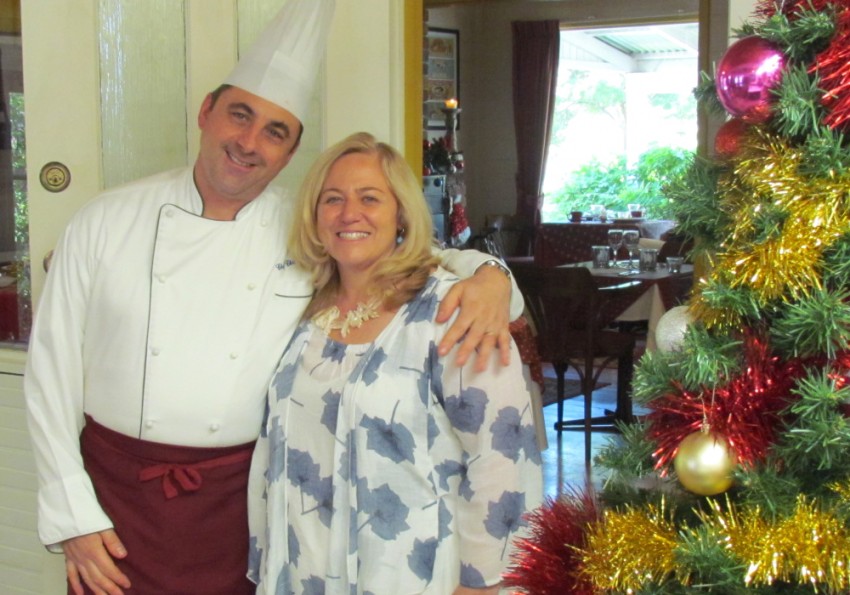 What attracts a person to a place? Its beauty? Historic buildings and cultural activities? The pace of life? A desire to connect to a community?

For Christophe Gregoire, the answer is twofold: terroir – the taste of the place, and he fell in love.

Originally from Vosges in eastern France, Christophe travelled widely as a result of his interest in the culinary art of food. He explained that the flavour of agricultural produce, like wine, reflects a region’s climate, soil, farming practices, and even the physical shape of the landscape.

Christophe fell in love with Josephine when he was a chef in a hospitality school in Nouméa. They share a passion for culinary excellence and commitment to using the best techniques to deliver the best product possible to customers.

The owners and operators of Le Très Bon, a French restaurant and cooking school, situated in one of the oldest premises in Bungendore, the Gregoires moved into the region as part of a lifestyle change. They have three daughters: Catherine, Gabrielle, and Claire.

The town’s proximity to the ACT meant that Bungendore offered a resilient local economy, the benefits of life in a country village as well as educational opportunities and cultural activities for their daughters.

Christophe speaks passionately about fresh, local produce which Bungendore’s providores put at his fingertips, including organic meat. He says that some people would call his style ‘slow food’; however, he feels the much older French term terroir is a better description.

For Christophe, the art of cooking means revealing the inherent beauty of quality produce. A master culinarian, he aims to provide his patrons with a memorable gastronomic experience rather than just a meal. He specialises in traditional classic French cooking. Although he is a stickler for authenticity and does not adapt recipes, he does cater for people like me who require gluten and/or dairy free meals.

Christophe said he and Josephine believe that the flavour of the gastronomic experience is enhanced by the ambience of a restaurant which represents the essence of a place.

Terroir: the taste of the place

During the interview, Christophe and I discussed the social nature of food. It is almost always a shared experience, a connection with at least one other person, an experience that begins not long after birth. Food is also an occasion for distributing and giving, an aspect of community.

The idea of community underpins the cooking school offered by the Gregoires and their annual tours to Alsace and Vosges, France in September and the tour to Nouméa, New Caledonia, in May. The cooking school and the tours offer an opportunity to connect with others and build bonds through common interests and experiences.

Christophe said that the food and wine tour to France is synchronised with the end of the harvest and to coincide with the regional festivals. The tour group is based in Gérardmer in the 4-star Le Grand Hotel and sets out each day in a private bus to explore the region.

The group experiences picturesque villages, landscapes renowned for their natural beauty, the region’s music and marketplaces, and its food and wine. The group also pays its respects at the Commonwealth War Cemetery where Christophe’s grandfather and Australian military are buried.

I was also fascinated to learn that Vosges is the home of the weaving workshops of Le Jacquard Français, a world-unique brand of table linen, dating back to 1888. Christophe explained that jacquard is a generic term for an automated weaving technique invented in the 19th century by Joseph-Marie Jacquard. Damask is the name given to the fabric created using that technique. Its patterns are visible on both sides. For trivia enthusiasts, the fabric owes its name to the city of Damascus, Syria, a stage on the famous Silk Road.

In closing, it struck me that the Gregoires not only make a living by offering quality food to others, but they contribute to the character of and connections within our community by what they offer.