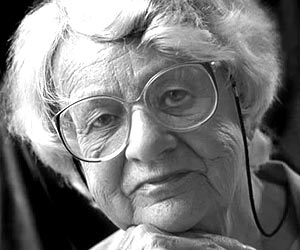 “Australian poet Judith Wright once famously advised her Nobel Prize-winning friend Patrick White not to get too involved in political activism because it might damage his art” (Sian Prior, Sydney Morning Herald, 16 March.2005). Fortunately for all of us, and especially the Braidwood organisers of the biennial Two Fires Festival, Judith didn’t take her own advice.

For example, without Judith Wright’s incredible efforts in the 1960s and 1970s our spectacularly beautiful Barrier Reef could have easily succumbed to rampant mineral exploitation.

Judith Wright lived 12 kilometres out of, and then in, the town of Braidwood for 30 years. In 2005, five years after Judith’s death, it seemed more than appropriate that we should celebrate the fires that lit her two passions – the passions of art and activism.

Leading up to March 2005, there was a call to arms to join in preliminary manoeuvres to establish a unique festival. The first Two Fires Festival blew the minds of hundreds of people who came from far and wide to experience a breathtaking marriage of art, music, dance, poetry, and writing, many facets of which had a strong activist and indigenous flavour.

The organiser of the first festival was Martin Mulligan from the Globalism Institute at RMIT. Following the 2005 triumph Martin handed over his responsibility saying “We’ve had our first success. Now Braidwood, it’s up to you. Do with it what you will.”

And that is exactly what Braidwood has done. We hold our sixth biennial festival over the weekend of May 16-17. Judith Wright’s hundredth birthday falls on May 31, 2015.

Some of the special highlights for 2015

The unveiling and dedication of the Dhurga Rock will make a huge step towards acknowledging the local history and culture of Australia’s indigenous people who frequented the broader Braidwood region. The ceremony will take place at 10.30 am on Saturday morning, May 16, following the festival opening at 9.30 am in Ryrie Park.

The Dhurga Rock is a very large and imposing 900 million year old 3 tonne Cambrian period piece of slate from Mintaro in South Australia’s Clare Valley. The engraved words have been cut by letter artist Ian Marr in collaboration with performing and visual artist Noel Butler.