Skip to content
You are here
Home > Living Today > US politics also leaves us speechless. 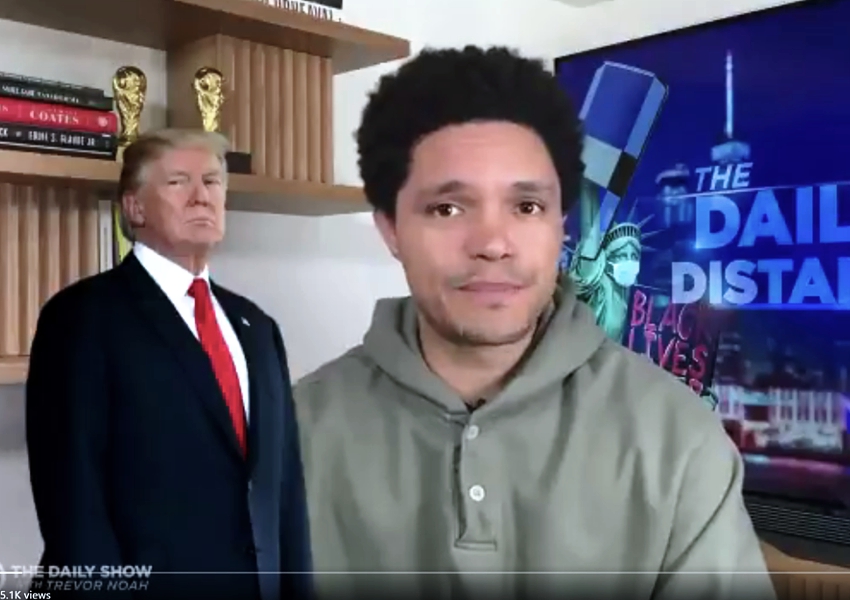 Fortunately, late night satirists don’t have that problem, as shown in this Guardian report.

By Adrian Horton, The Guardian.

AS THE POLITICAL fallout from the death of Ruth Bader Ginsburg continued to roil Washington, Democrats “still held a shred of hope that they could persuade four moderate GOP senators to show some integrity and stick to their principles” in not voting on a nominee with just six weeks until a national election, said Trevor Noah on The Daily Show. After all, Senate Republicans refused to vote on Barack Obama’s nominee, Merrick Garland, with nine months to spare in 2016, citing the need for the people’s input in an election year.

That hope “lasted almost a full day and a half,” reported Noah, as Utah senator Mitt Romney confirmed on Tuesday that he would “follow the constitution and precedent” and vote for Trump’s nominee “based upon their qualifications”.

Mitt Romney, the dad you ask when your other Republican dads say no, signals his support for a vote on Trump’s SCOTUS pick, while Dems turn their attention toward revenge. pic.twitter.com/ga5c8XkeBg

Many hoped otherwise, said Noah, as Romney is “the dad you ask when your other Republican dads say no,” but “people always forget that Mitt Romney is still a conservative senator from one of the most conservative states.”

Securing a conservative majority on the supreme court is a longtime conservative dream, Noah explained, and joked that “on his bedroom wall growing up, Romney had a poster of Superman, a dancing horse, and an empty supreme court seat.”