Skip to content
You are here
Home > People Profiles > Vintage cars at Wamboin, Bungendore, all around the region 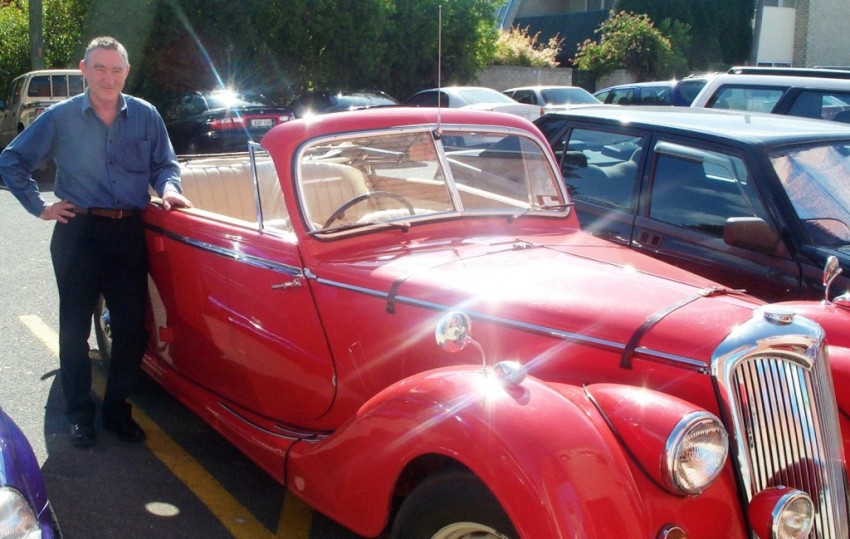 Humans always seem to have had an obsession with history. The names of long-dead kings and queens learned by rote. Important moments that turned the tides of long-ago wars, their dates engraved in the memory. Presidents, prime ministers, states, peoples, languages, conquests, falls

Vintage cars have been a fascination for many. With no EFI, ABS, GPS, or other assorted acronyms that apparently make driving easier, they hark back to a simpler time, a simpler life.

The recent Wheels of Wamboin, held in conjunction with the April home produce market, attracted more than 50 cars from all eras of history. Andrew Riley, a local member of the Vintage Sports Car Club of Australia, was one of the many who brought their cars to show off. The car he brought was, appropriately, a 1950 Riley.

Peter Evans from the Wamboin Community Association organised the day through the Vintage Sports Car Club, and a couple of other car clubs. Riley’s verdict: “It was a great success. We had well over 50 cars there, a great range from vintage classic cars, hotrods, and some very nice ‘50s and ‘60s American cars.”

The entries were not restricted to those cars that could actually drive, either.

“A few projects got towed in so we could see how things were progressing on them,” Riley said. “It made for a very good time, and there seems to be a general agreement that we’ll do it again next year.”

You never know what you will find

Riley has been a vintage car owner since 2003, when he bought his first 1950 Riley RM drophead.

“I’d been looking around for a Riley, because of course it’s my name as well,” Riley recalled. The search took an unexpected twist when he found an advertisement in a car magazine.

“All it had was a mobile number,” Riley said. “I rang the number and chatted with the fellow for a while, and I said, this sounds awfully interesting, where are you? And he said, ‘oh you’ll never have heard of it, I’m just outside a little town called Bungendore’. And I said, I’ll be there in ten minutes!”

Though Riley works on some parts of the car himself, he relies on local knowledge to do the major work.

“I do the little things that I can myself,” Riley said. “But most of the work gets done by Kevin Ottey at the old BP service station here at Bungendore; he’s absolutely terrific with old cars. Quite a lot of us take our old cars there for bits and pieces. Terry at Americar, which is a bodyworks in Bungendore, is known throughout our area as one of the best guys to do bodywork.”

“There are about 60 members of the Canberra area chapter [of the Vintage Sports Car Club],” Riley said. “There are five members in Bungendore and surrounds, with quite a mixture of old cars. Our oldest member is 84, and drives a 1940 Bristol.

“We have enough local people to make up a bit of a group, and it’s a fairly active club. It’s a lot of fun, there’s no doubt about that,” Riley said. “We join in, the little group of us in Bungendore, with the Canberra mob, with the Sydney mob, and there’s another chapter of the club in the Southern Highlands.

“There’s quite a lot of choice for things to join. Last Sunday we went out – just the local people – to Gundaroo, had lunch out there, that’s a nice run on a sunny day.”

The next big event for Riley is the Cootamundra Sprint in September. With the scarcity of some parts and the difficulty of obtaining insurance for such events, racing is no longer a major part of the vintage car scene.

“The Cootamundra Sprint is held every year,” Riley said. “They hold it at the airport, and all kinds of cars come have a go. It’s such a big difficulty with insurance, but it’s great fun.”

And in spite of their lack of modern gadgets, there’s no doubt those cars – and their drivers – go a lot faster than you think. 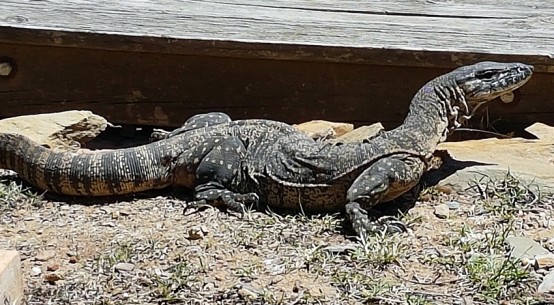 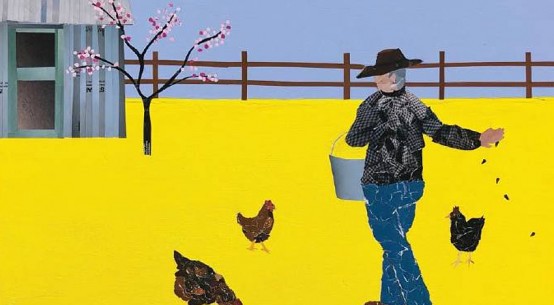