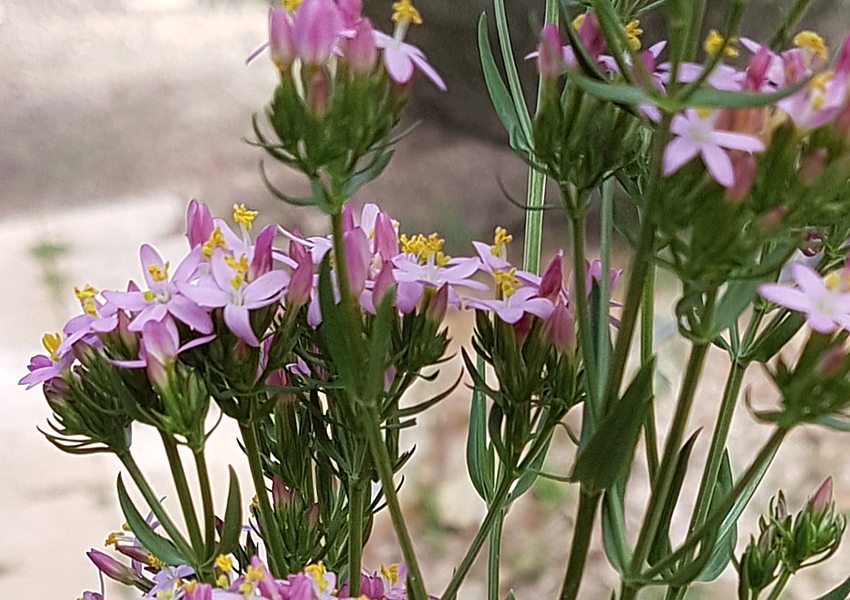 AS IF OVERNIGHT, a mass outbreak of bright yellow St John’s Wort became noticeable in December on public and private land of the capital region.

Other opportunistic and invasive weeds: thistles, serrated tussock and Common Centaury amongst them, have found openings on chewed-down paddocks and recreational grassy areas, with apparently the right dry conditions interspersed with rain showers and thunderstorms.

As the St John’s Wort outbreak demonstrated, if ignored, these weeds will infest people’s paddocks and public reserves, competing with the pasture grasses everyone wants for groundcover, stock and wildlife feed.

St John’s Wort (SJW) and Centaury enjoy releasing millions of seeds so the following year is exponentially worse. With this in mind, and personal grassland concerns, we spoke with Geoff Butler of Bywong Landcare for his take on the situation. Here’s what Geoff had to say.

Act now before it’s too late

“I am very concerned about the recent increased spread of St John’s Wort. The current spread of this species in our region reminds me of the rapid and exponential spread that occurred in the ACT some 30 years ago. It started with occasional plants appearing in isolated locations, but despite the warnings of its invasive potential, it was not addressed by private or public land managers quickly or intensely enough, hence the problem we now have in the ACT.

“The same will apply here. This species must be hit hard as soon as it appears. If not, 2–3 plants one year will be 200–300 the next and so on. It has no benefits to man nor beast (domestic or natural) in our environment.

“The main means of spread are definitely vehicles carrying it from roadsides to new locations on roads and blocks, and by domestic stock and wildlife movements. I note the usual comments raised by some residents on public electronic platforms (Facebook and others). These usually relate to “when is Council going to do the roadsides” and “Council insists we spray SJW but they don’t do the roadsides…”

Council won’t do it for us

“This attitude in the community will be part of the reason why, in 10 years time (or probably less), it will be too late for effective management programs. If residents are doing their blocks, it probably would only take an extra hour for them to do the roadside immediately adjoining their property.

“The benefits to them would warrant the small amount of time involved. We have to be absolutely realistic about Council’s capacity to treat every roadside in the local government area — it is not going to happen even though their weed control equipment and staff are flat out at this time of the year.”

“Also it is stated that SJW should be sprayed when flowering. This is more about being able to find the plant. It can be treated before flowering, and in fact I think this is the best time. I remain to be convinced that the seed is killed once flowering has commenced, especially if done late in the flowering cycle. SJW will never be managed by hand-pulling, as it is rhizomatous. Digging out would be better than hand-pulling, as some rhizomes will undoubtedly be left intact.”

“Centaurium erythraea (Common Centaury). In our region CC is very widespread, and in most years may be a fairly innocuous weed. Obviously it would be better if it was not there, but its presence (dominance) fluctuates dramatically from year to year. In wetter years, and/or if rain falls at the best time for seedling survival, its numbers are considerable. I think the best way to deal with it is chipping out. Any form of broadscale herbicide use will do considerable damage to desirable (especially native) species.

“Landcare has started to look at preparing and publishing information on invasive plant species on its Facebook page.”

Bulletin editor Maria Taylor and some other rural residential people of our acquaintance have taken a more zero-tolerance view to outbreaks of Common Centaury in our woodland meadows that serve mainly as wildlife feed areas. Manual pulling out is the method. We have seen both here and in Namadgi National Park these slender stems with pink flowers carpeting whole native pastures thereby reducing the macropod feed supply. The thriving of CC may well depend on the constitution of underlying groundcover and on the watercourses this plant particularly likes, as well as weather.