Skip to content
You are here
Home > Environment > Well before the bushfires, country’s fauna decimated by policy 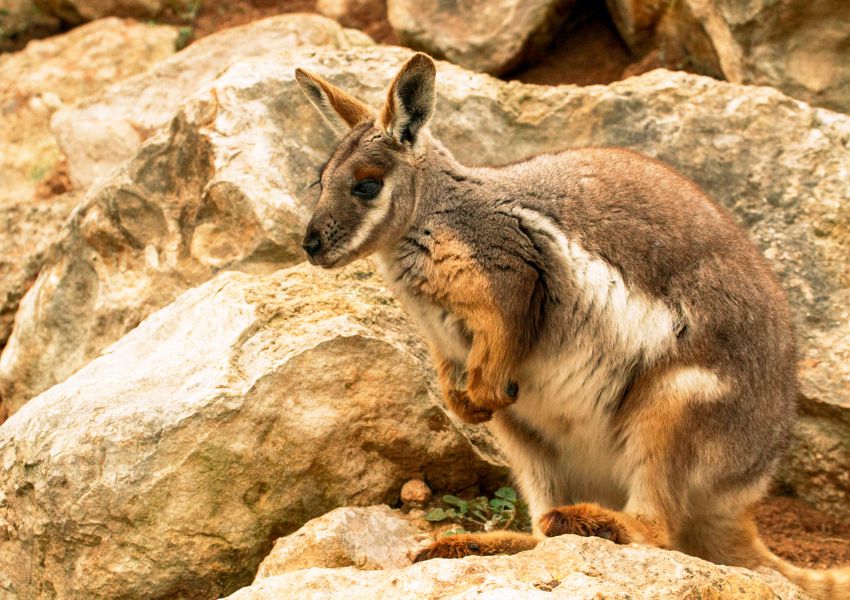 On an environmental impact study (EIS) in the rocky jump-up country out of Winton [Queensland] a few years ago, my colleagues and I recorded a healthy population of rock wallabies living in the caves and cliffs where a proposed coal mine was to be built.

IMAGE: Rock Wallabies are small kangaroos that live within rocky outcrops — they are more common in the arid and tropical parts of Australia. Credit: Whitepointer, Dreamstime.

Despite being listed as vulnerable under the federal Environment Protection and Biodiversity Conservation (EPBC) Act, the presence of the animals wasn’t a barrier to the project going ahead.

The developers planned to catch and remove the wallabies they could, and those they couldn’t catch were going to be fenced inside the tailings dam where they would most likely die.

This wasn’t an unusual scenario.

Every EIS I worked on — for coal, coal-seam gas, gas refinery, bauxite, housing estates, and airport expansion projects — during a three-and-a-bit year period found species listed as vulnerable or endangered.