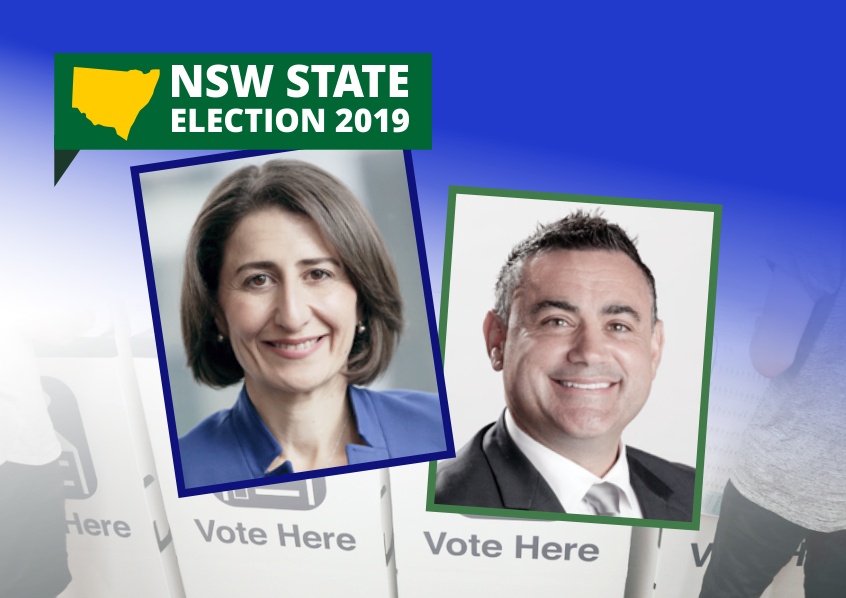 IT’S TIME TO pick up from the shock of the NSW election results — and face some new shocks that didn’t take long. First, it was no secret that we here at the Bulletin were offering good reasons, particularly regarding environmental and sustainability matters, for a change from the Coalition — represented in Monaro by John Barilaro, Deputy Premier and voice for the National Party.

Barely did the re-elected Berejiklian government settle in and the bad news started anew. Today I opened a note from my electricity provider to learn that electricity charges are going up, again, as they have in past years. Thank you NSW Coalition for selling-off much of this once-public utility. Now those increased charges flow into private coffers. That is along with the proceeds of other recent public asset sales. Look forward to more.

Then this news. I don’t know, based on past form, why anyone is surprised. In the past week the Bulletin has received several media statements from troubled community groups. They had received Barilaro promises at public events for action on urgent environmental matters, only to be told post-election that the Member for Monaro never said anything like that; or, there is no response from his office.

Mr Barilaro promised plenty of cash from the government’s asset sales leveraging votes for his successful re-election bid. One can only hope that those expecting cash for infrastructure get a better outcome. As one well-placed observer told me: anyone with a building proposal could walk away with a $20,000 promise from the Member for Monaro. We also learned that the Coalition election promises in Monaro totalled some 33 commitments/announcements to the value of $268 million just in 2019. Schools, roads included. Let’s see what happens.

The next bad news and broken promise wasn’t long in coming. The Office of Environment and Heritage and the Office of Local Government will be dismantled and squirrelled away in two mega departments, labelled Industry and Planning,  where you may be hard-pressed finding them a year from now, or components like the National Parks and Wildlife Service.

There are new ministers for those areas but they will have no department to govern. Cynical people now doubt the premier’s promise to move ‘the environment’ to a top concern.

Sweeping changes to the NSW public service for better performance and cutting red tape, according to the premier, lie behind the move. Here’s part of a report from the Government News website with a link to more.

“A posting on the NSW Government Gazette confirmed that the legislative powers for Environment, Heritage and Local Government had been transferred from the relevant ministers to the Premier and Minister for Planning.

“The dramatic changes disempower (the relevant) Ministers from having any official role in the administration of key legislation in their areas including under the Protection of the Environmental Acts, the Heritage Act and the Local Government Act,” Greens MP David Shoebridge said.

“What is the point of having a Heritage Minister who has no role in administering the Heritage Act?

Not so fast: more musings on election outcome

One forgets that the successful re-election of the National Party incumbent includes Liberal Party votes as well. The two party configuration of the Coalition provides a built-in electoral advantage for the primary vote in what was a very marginal seat.

Possibly the stadium-focused messaging by NSW Labor did little to detach ‘small-L’ Liberals in the regions who might have been tempted by a different campaign twist: one that clearly offered a new vision for the state. That is in addition to marshalling dollars for schools and hospitals. An incumbent government can always compete splendidly with the dollar promise.

I admit to a motherly bias for action on climate change. It’s tempting to wonder what a Labor campaign might have done with a vision from the start promising action on climate, renewable energy and the environment, (remember polls that said these were top issues). Undoing the Coalitions damage and neglect. The Greens did their best to highlight climate and kept their vote, but they can’t form government.

NSW Labor actually had very good policy proposals on climate action and environmental recovery. But the mainstream media was overtly not interested in covering policy, just in the simplest sound-bites and the leadership horse-race that ended badly for Labor. In Coogee, one seat that Labor took off the Coalition, the new state representative made climate action a key plank.

Fortunately, federal Labor is standing up for change on climate and energy policy. Top of the Bulletin news this week is our new podcast that gives you more idea of what can be in store.

‘Around the web’ — Elisabeth Farrelly provides a sense of the NSW infrastructure premier’s vision for rapid development being embedded in Sydney and what is a worry from aesthetic, perhaps even buildings safety and heritage perspectives.