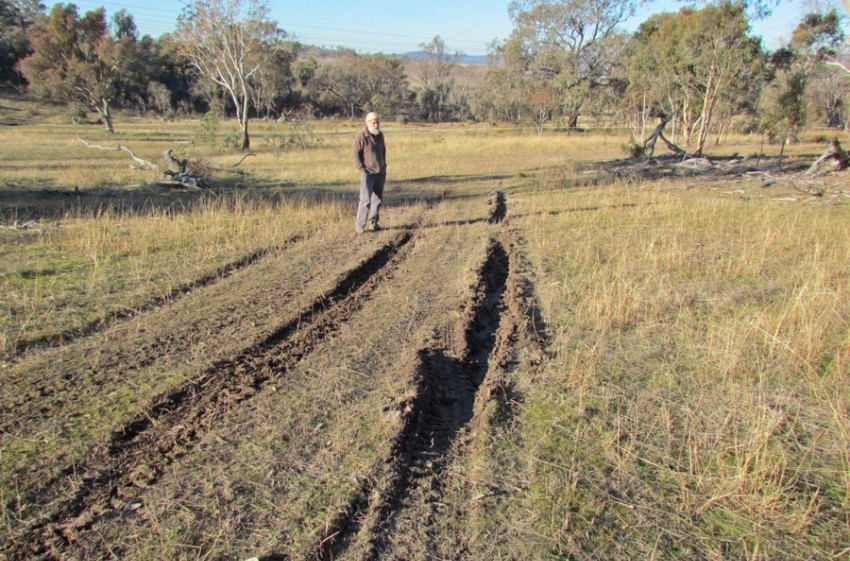 Chris Klootwijk’s response to his acquittal: “It’s great! I’ve been promoted from ‘crim’ to ‘pest’.”

ACT failed to have valid license to shoot wildlife

The ACT Supreme Court has overturned, on appeal, the conviction of a man for ‘hindering a government official’ by blowing a whistle during the 2015 kangaroo killing on reserves.

The Supreme Court Judge, Michael Elkaim, found that the magistrate court was “in error” in its verdict (explained below). He said he had no new evidence to question the magistrate’s judgement that Dr Klootwijk had been “making a pest of himself”. However, the ‘government official’ had been taking part in an activity that was itself unlawful due to the invalidity of the licence. Elkaim ruled that “a person cannot unlawfully hinder an unlawful activity”.

The appellant, in his seventies, is Chris Klootwijk, a retired government geologist. In July 2015, he was lawfully protesting against the government’s shooting on the Wanniassa Hills Nature Reserve from adjacent horse paddocks.

Dr Klootwijk heard the sound of a kangaroo in distress. He had, on a previous occasion, stopped to help at a road accident involving an injured kangaroo, so he knew the sound. He blew a whistle and yelled to get the attention of the shooters and rangers who were on the scene, in order to alert them to the wounded animal.

The ruling that the killing licence was invalid did not stop ACT parks from killing nearly a thousand kangaroos under the same licence in 2016.

The law requires that, if a kangaroo is shot but not killed outright, all shooting must cease until the animal has been found and euthanased by a close-range heart or head shot. In this case the shooting had continued, in spite of the sound of a kangaroo in pain, until Dr Klootwijk whistled and yelled.

During the trial in the Magistrate’s court, one of the rangers called as a witness for the Prosecution told the court that Klootwijk had yelled and whistled because he had heard an animal screeching. This ranger, who had considerable experience with kangaroos, agreed that the screeching could be an injured kangaroo, and went to investigate. Ultimately the ranger was persuaded (by the government’s hired shooter) that the sound was actually a noise made by a fox.

Soon afterwards, the police arrived and arrested Klootwijk for blowing the whistle. He was charged on one count of hindering the ranger who was acting as Operations Leader and a second count of hindering the shooter (a quasi-government official at the time because the company which employs him was under contract to the government).

A complication in the case was that this was not the only occasion on that particular night when  Klootwijk had blown his whistle. He had been blowing when he had heard shots fired. Dr Klootwijk had told the police that this was to warn the shooters where he was, for his own safety.

The Magistrate, Lorraine Walker, found that  Klootwijk had hindered both the Operations Leader and the shooter with his whistling but she also ruled that the shooting licence was invalid. So the shooter could not be regarded as acting in any official capacity at the time. She therefore dismissed the charge of hindering the shooter.

To Robyn Soxsmith of the Animal Protectors Alliance, the invalidity of the licence is just the tip of the iceberg.

“It is entirely consistent with the reckless, irresponsible arrogance of the ACT government in everything they’ve done regarding kangaroos – the absence of any supporting science for their annual slaughter, their callous disregard for the adults they’ve wounded and the joeys they’ve orphaned, the preposterous finding of three ACAT hearings that allowed mass slaughters go ahead despite overwhelming evidence that the killing could not possibly be justified!”

Chris Klootwijk’s response to his acquittal is more concise. “It’s great! I’ve been promoted from ‘crim’ to ‘pest’.”