Skip to content
You are here
Home > Environment > Science > Why care about ALL native species? Ecosystem collapses now 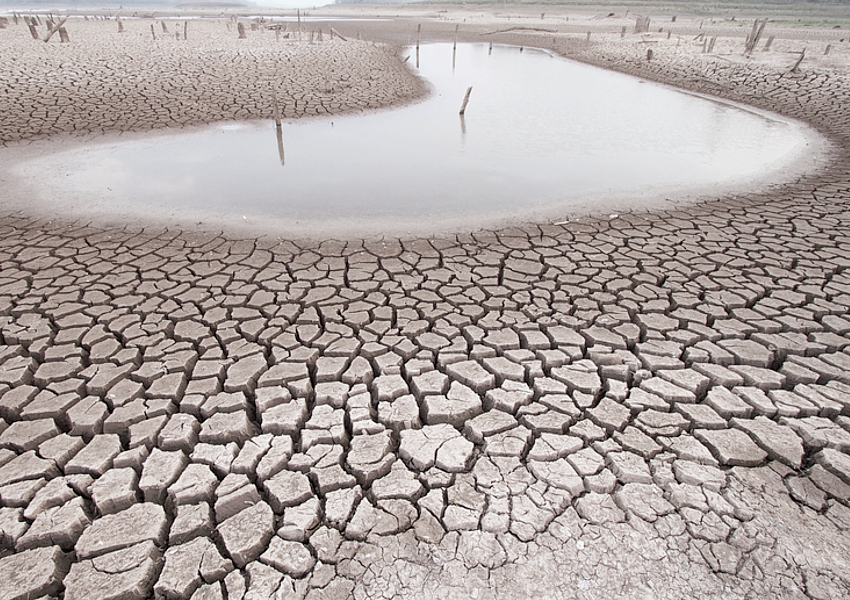 Australia has adopted a comfortable view that only already ‘endangered’ wildlife or plants need our stewardship. Think koalas versus kangaroos. Even koalas are political footballs in NSW while their vital habitat disappears.

Since 1788 almost no research has been done on the environmental roles of diverse wildlife that evolved with natural landscapes. The new Australia has cleared away native species everywhere, citing export agriculture and resource sales. The price is now clearer with this country in the top tier of extinctions worldwide. Here is a report on the ecosystems already collapsing, posing dire risks for human endeavors as well.

IN 1992, 1,700 scientists warned that human beings and the natural world were “on a collision course”. Seventeen years later, scientists described planetary boundaries within which humans and other life could have a “safe space to operate”. These are environmental thresholds, such as the amount of carbon dioxide in the atmosphere and changes in land use.

Crossing such boundaries was considered a risk that would cause environmental changes so profound, they genuinely posed an existential threat to humanity.

This grave reality is what our major research paper, published 25 February 2021, confronts.

In what may be the most comprehensive evaluation of the environmental state of play in Australia, we show major and iconic ecosystems are collapsing across the continent and into Antarctica. These systems sustain life, and evidence of their demise shows we’re exceeding planetary boundaries.

We found 19 Australian ecosystems met our criteria to be classified as “collapsing”. This includes the arid interior, savannas and mangroves of northern Australia, the Great Barrier Reef, Shark Bay, southern Australia’s kelp and alpine ash forests, tundra on Macquarie Island, and moss beds in Antarctica.

We define collapse as the state where ecosystems have changed in a substantial, negative way from their original state — such as species or habitat loss, or reduced vegetation or coral cover — and are unlikely to recover.

The good and bad news

Ecosystems consist of living and non-living components, and their interactions. They work like a super-complex engine: when some components are removed or stop working, knock-on consequences can lead to system failure.

Our study is based on measured data and observations, not modelling or predictions for the future. Encouragingly, not all ecosystems we examined have collapsed across their entire range. We still have, for instance, some intact reefs on the Great Barrier Reef, especially in deeper waters. And northern Australia has some of the most intact and least-modified stretches of savanna woodlands on Earth.

Read more: Worried about Earth’s future? Well, the outlook is worse than even scientists can grasp

Still, collapses are happening, including in regions critical for growing food. This includes the Murray-Darling Basin, which covers around 14% of Australia’s landmass. Its rivers and other freshwater systems support more than 30% of Australia’s food production.

The effects of floods, fires, heatwaves and storms do not stop at farm gates; they’re felt equally in agricultural areas and natural ecosystems. We shouldn’t forget how towns ran out of drinking water during the recent drought.

Drinking water is also at risk when ecosystems collapse in our water catchments. In Victoria, for example, the degradation of giant Mountain Ash forests greatly reduces the amount of water flowing through the Thompson catchment, threatening nearly five million people’s drinking water in Melbourne.

This is a dire wake-up call — not just a warning. Put bluntly, current changes across the continent, and their potential outcomes, pose an existential threat to our survival, and other life we share environments with.

In investigating patterns of collapse, we found most ecosystems experience multiple, concurrent pressures from both global climate change and regional human impacts (such as land clearing). Pressures are often additive and extreme.

Take the last 11 years in Western Australia as an example.

In the summer of 2010 and 2011, a heatwave spanning more than 300,000 square kilometres ravaged both marine and land ecosystems. The extreme heat devastated forests and woodlands, kelp forests, seagrass meadows and coral reefs. This catastrophe was followed by two cyclones.

These 19 ecosystems are collapsing: read about each

For more on the 19 areas read the ORIGINAL ARTICLE

What to do about it?

Our brains trust comprises 38 experts from 21 universities, CSIRO and the federal Department of Agriculture Water and Environment. Beyond quantifying and reporting more doom and gloom, we asked the question: what can be done?

We devised a simple but tractable scheme called the 3As:

In our paper, we identify positive actions to help protect or restore ecosystems. Many are already happening. In some cases, ecosystems might be better left to recover by themselves, such as coral after a cyclone.

In other cases, active human intervention will be required — for example, placing artificial nesting boxes for Carnaby’s black cockatoos in areas where old trees have been removed.

“Future-ready” actions are also vital. This includes reinstating cultural burning practices, which have multiple values and benefits for Aboriginal communities and can help minimise the risk and strength of bushfires.

It might also include replanting banks along the Murray River with species better suited to warmer conditions.

Some actions may be small and localised, but have substantial positive benefits.

For example, billions of migrating Bogong moths, the main summer food for critically endangered mountain pygmy possums, have not arrived in their typical numbers in Australian alpine regions in recent years. This was further exacerbated by the 2019–20 fires. Brilliantly, Zoos Victoria anticipated this pressure and developed supplementary food — Bogong bikkies.

Other more challenging, global or large-scale actions must address the root cause of environmental threats, such as human population growth and per-capita consumption of environmental resources.

We must rapidly reduce greenhouse gas emissions to net-zero, remove or suppress invasive species such as feral cats and buffel grass, and stop widespread land clearing and other forms of habitat destruction.

Our lives depend on it

The multiple ecosystem collapses we have documented in Australia are a harbinger for environments globally.

The simplicity of the 3As is to show people can do something positive, either at the local level of a landcare group, or at the level of government departments and conservation agencies.

Our lives and those of our children, as well as our economies, societies and cultures, depend on it.

Read more: Australia, you have unfinished business. It’s time to let our ‘fire people’ care for this land