Skip to content
You are here
Home > Environment > Coast Report > Why save Corunna Forest? 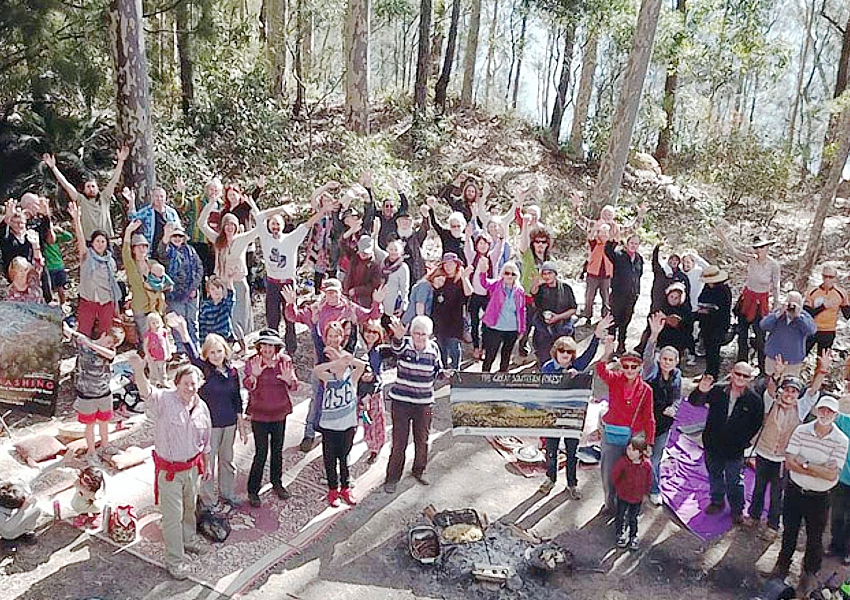 TILBA TILBA ON the South Coast of NSW is a beautiful village surrounded by bushland at the foothills of Gulaga Mountain, and close by the clean, clear waters of Lake Corunna.

Local residents, many of whom are indigenous, are protesting against logging in the area, on the grounds that it will spoil the beauty of the village and harm unique wildlife, such as the Dingo, Swift Parrot, Koala, Corroboree Frog, Regent Honeyeater, Powerful Owl, Spotted Quoll, and the Brush-tailed Rock Wallaby.

The Dingo is an important part of Aboriginal culture and heritage, and as one Aborigine said emphatically, “You do not kill your totem”. Aborigines were custodians of their environment before white settlement. 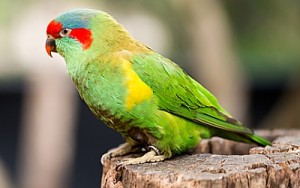 incredible journey:
will it end here?

The Swift Parrot has been given protected status by the NSW Department of Conservation and Heritage. These tiny birds fly an incredible distance from nesting sites in Tasmania to mainland forests such as Corunna as they seek the annual flowering of Eucalyptus trees. Now they are a step closer to extinction as their habitat is being destroyed by logging.

At a recent protest picnic held among the targeted spotted gums on the outskirts of the historic village, locals and visitors were invited to join in a moment’s silence to listen to bird sounds interspersed with the happy noise of children chasing each other through the fallen leaves. The community will be much the poorer if we allow these sounds to be silenced by the rumbling of bulldozers and the crashing of trees.

Save Corunna Forest for our own benefit, as much as for that of the wildlife. Forests of old growth native trees help to keep the air we breathe and the water we drink free from pollution and are good for the soul.

Robert Louis Stevenson wrote: “It’s not so much for its beauty that the forest makes a claim upon our hearts, as for that something, that quality of air that emanates from old trees, that so wonderfully changes and renews a weary spirit”.

The Canberra National Threatened Species Day was held on the lawns of Parliament House on Friday 7 September. This date commemorated the death of the last known Thylacine or Tasmanian Tiger in a Hobart zoo in 1936. Thylacines are thought to have been driven to extinction predominately by hunting, with habitat destruction and disease also believed to have played a role.

Since then there have been a record number of extinctions: more than any other country on earth. Why? Was it because Australia was settled late by European farmers, we had more wildlife to lose, and were prepared to sacrifice our majestic forests and woodlands and unique wildlife on the altar of immediate financial gain? This was documented as the early case. Now, is it that that environmental protection laws that vary from state to state are also not strictly enforced?

In the words of Lyndon Schneiders from the Wilderness Society: “Once a species is declared endangered it rarely comes back from the path to extinction”.

Conservation groups and concerned citizens are fighting a passionate campaign to raise awareness of extinction and to get the environment returned to a prominent place on the political agenda. They see a real opportunity at the coming federal election to bring about national leadership to end wildlife extinction and the destruction of our forests, woodlands and iconic places, backed by nature laws that are consistent and legally enforceable.

“End Extinction” was the heartfelt chant of the protesters at the Canberra meeting, and a plea that would get strong endorsement from the Corunna Forest Protection group.