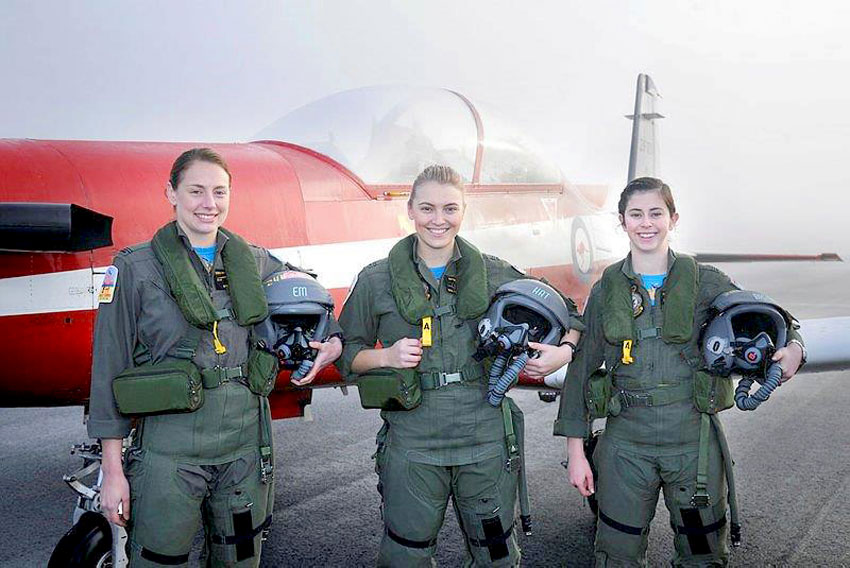 The role of women in today’s military has taken huge strides from its beginnings in the world wars. Both professionally and personally, women now stand shoulder to shoulder with men in the three Services.

Australian servicewomen are 16.2 per cent of the permanent full-time member of the Australian Defence Force (ADF). Two hundred and sixty-six women are serving overseas on ADF operations, representing about 14 per cent of the total deployed force. In 2017, there are 82 women in senior officer positions – colonel equivalent and above – compared to 48 in February 2012.

On assignment for the Bulletin, I talked to a number of women from different generations and ranks in the ADF – Navy, Army, and Air Force – about how their roles as professionals, partners, and parents mesh in 2017.

I found that military women have both special and universal things to say about the balancing acts facing today’s working women and also about the challenges facing frontline defence or emergency professionals dealing with traumatic experiences.

One deeply interesting conversation with the women was about perceived gender differences in communication, influence tactics, and leadership styles. Did they think style was influenced by gender or an outcome of learned socially constructed behaviours?

They said that men and women appeared to view the purpose of conversations differently. There was general agreement that many women use communication to create and foster an intimate bond within the working group so that work matters are addressed strategically. Whereas, most men in the same contexts appeared to primarily use language to achieve tangible outcomes as part of problem solving.

As part of Defence Force training, women are encouraged not to weaken their statements with less powerful language and to be direct and speak assertively in the style of men – rather than in a stereotypical style learned from previous generations of women.

(Educational research shows that by age four, most children have acquired a clear understanding of traditionally appropriate attributes of their gender. Most grow up within those pre-existing roles).

A number of the women interviewed reported a time when they had found being direct and assertive challenging. It was particularly challenging for women who had learnt such behaviour was perceived as bossy and a negative. The women agreed that ultimately tactics to influence others were shaped by situational circumstances and not ingrained gender behaviours. Men and women used similar tactics.

With the increased numbers of women in the military and the Defence Department’s Cultural Change initiatives, the women said the perception of ‘one style of leadership for all occasions’ had declined but not disappeared. 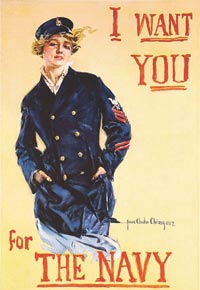 Personally, I am conflicted about military women being exposed to violence in service of their country. I see the paradox: Defence’s full-hearted commitment to the national White Ribbon campaign: ‘Prevent Violence against Women’ versus putting women in harm’s way in peacekeeping and war zones.

In discussing this, the military women’s views may be summed up as “warriors are those people who choose to stand between their enemy and all that they hold sacred and love”. The women felt fiercely about their right to defend and protect the quality of Australian life, society’s values, and family. They also valued the opportunity to demonstrate resilience and mental strength when in combat zones and hostile areas.

Regarding mental health, the women said the ADF provides psychologists and chaplains trained in trauma management and mental health issues for its people in operational areas – “everyone has a critical job.”

Some women reported that during service in operational areas they shared the emotional trauma that men experienced. These women reported that their male comrades seemed to find it easier to drop the mask of masculine stoicism maintained in front of their male peers and were able to discuss intense emotional reactions with women colleagues, in addition to the support provided by professionals – “we look out for one another”.

They all felt the frenetic pace of operational activity helped to reframe their mindset and suppress emotional reactions to the ever-present danger. I wondered whether blocking or denying such very human emotional response to life threatening and horrendous experiences contributed to PTSD and other mental health disorders.

Being in the defence force and a parent

Mothers I spoke with noted they had partners who were equally engaged in child rearing and that the impact of a father away for months or the mother away was essentially the same. The women were not dismissive of that impact and discussed numerous strategies they implemented to help their children deal with the parent’s absence and related emotional reactions.

Recently, Minister for Veterans’ Affairs, Dan Tehan said, “Last year the Government held a forum with current and former female Australian Defence Force (ADF) personnel and their families where our female veterans said that many did not feel they received recognition for their service.

“Many of our female veterans observed that when they wore their medals in public many people assumed they were wearing the medals of their father or grandfather.” Civilians may not know that when a person wears medals on the left side it is because that person earned and deserved those medals.

To paraphrase Minister Tehan, we as a nation should respect and honour the service and sacrifice of every man and woman who serves in defence of our nation, our freedoms and our values.

In 1950, Federal Cabinet approved the re-establishment of women’s branches of the Armed Services in recognition that women were an essential component of the armed forces in peace and war.  Much later, from 1977 to 1980, the female Service branches were absorbed into the three services. From that period until the late 1990s, women fulfilled a range of support roles.

Since the 1990s the military, under direction from government, sought to ‘move forward in the gender space’. A telling difference between attitudes then and now is demonstrated simply by the now defunct concept of ‘handbag drill’. Previously, while servicemen undertook drill in the use of firearms, women were drilled in the ways to deal with a handbag when in uniform. Now, everyone participates in weapons’ drill.

Workplace conditions have also changed. In the 1950s to 1990s, the military workplace was inflexible. Consequently, many women left the military due to family and child rearing demands. Nowadays, part-time service accommodates serving members, women and men alike.

Over the last two decades, the military job undertaken by any member became determined by educational, physical, and psychological standards identified for each trade and profession. If a person meets the standard, the person is able to do the job. In that sense, the workplace roles available to women became gender neutral. That said, the small sample of women interviewed felt that there were female-centric jobs such as in human resources, medical, and clerical roles, possibly reflecting female areas of interest and preference. There are women in all categories of work though.

Factors that Contributed to Change

In 1975, the International Year of Women, the ADF Service chiefs established a committee to explore opportunities for increased female participation in the military. This led to reforms that allowed women to deploy on active service in support roles, pregnancy no longer being grounds for automatic termination of employment.

When the 1984 Sexual Discrimination Act was legislated, the ADF was granted an exemption so that it could maintain gender-based restrictions against women serving in combat or combat-related positions, 40% of the positions available. As a result of personnel shortages in the late 1980s, the restriction against women in combat-related positions was dropped. In 1990, women were for the first time allowed to serve in warships, RAAF combat squadrons and many positions in the Army.

During the 1990s, a series of reforms driven by government economic measures resulted in many traditional female roles in the military being contracted out to civilian enterprise as part of cost savings. An unforeseen consequence of those reforms was that the percentage of women holding military positions declined significantly. For a while, the ADF appeared to be male-centric again.

The ‘Pathway to Change’ culture policy also had a significant influence on female participation in the military. The policy dealt with work conditions and military culture. As a result of change in work place conditions, the proportion of women in the ADF increased. Women and men are able to access flexible work, and ADF members as a collective group rejected a boys’ club mentality.

The ‘Women in the ADF Annual Report 2012–13’ was another important factor. It provided a baseline for future reporting on and measuring of women’s participation and experience in the ADF. It and subsequent similar reports measured the progress in women’s military employment and experience. It also identified areas of concern and highlighted successful initiatives across the Services.

The women interviewed agreed that the military have explicit sets of values that contribute to a positive culture. They felt those sets of values had enabled the Defence Force to ‘move forward in the gender space’. For instance, the RAAF’s values are represented by the acronym READIT:  respect, excellence, agility, dedication, integrity, teamwork. Readers may appreciate the crucial role that teamwork plays in military operations, especially in peacekeeping and in war service.

When a person does not adhere to those values or contributes to a negative counter-culture, then administrative or disciplinary action is taken that may lead to discharge if negative behaviours continue unchecked. As in the civilian world, people are given an opportunity to redeem themselves and keep their jobs.